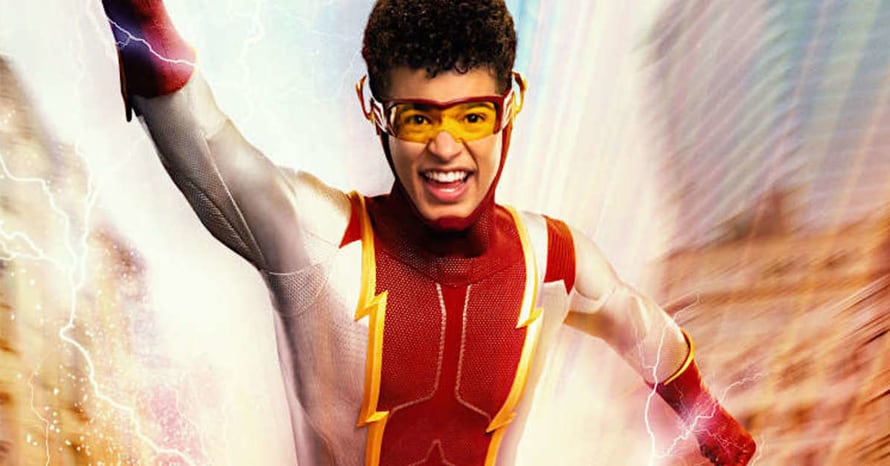 The first season finale promo for The Flash gives us a greater look at Jordan Fisher’s Impulse.

The Flash is set to pass a very important milestone next week. Not only will the Grant Gustin-led series be airing its penultimate season 7 episode, but it will also be airing its overall 150th episode. The episode, titled Heart of the Matter, Part 1, is set to pick up right where this week’s episode P.O.W left off. This week’s episode ended with Nora West-Allen arrives in the present alongside her brother Bart Allen. Nora, played by Jessica Parker Kennedy, and Bart, played by Jordan Fisher, take on the superhero roles of XS and Impulse, respectively.

To tease next week’s episode of The Flash, The CW has released a new promo of the first part of the season finale. The brief teaser shows off Jordan Fisher’s Impulse in full costume, as well as XS’ costume. The teaser also hypes up the return of Jay Garrick, who last appeared in season 6.

You can check out Jordan Fisher’s Impulse in the teaser below.

What do you think of Impulse’s suit? Are you excited to see Jordan Fisher join The Flash heavyweights Grant Gustin and Candice Patton? Comment below and let us know!

Here is the synopsis for season seven of The Flash:

Barry Allen (Grant Gustin) lived a normal life as a perpetually tardy C.S.I. in the Central City Police Department. Barry’s life changed forever when the S.T.A.R. Labs Particle Accelerator exploded, creating a dark-matter lightning storm that struck Barry, bestowing him with superspeed and making him the fastest man alive — The Flash. After a thrilling cliffhanger last season which saw the new Mirror Master (Efrat Dor) victorious and still-at-large in Central City, The Flash must regroup in order to stop her and find a way to make contact with his missing wife, Iris West-Allen (Candice Patton).