‘WandaVision’: Paul Bettany On ‘Flipping Out’ Over Vision Make-Up 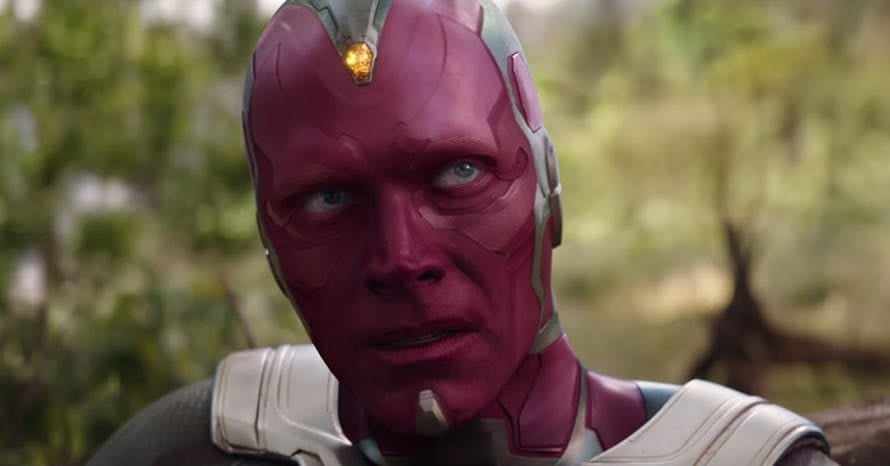 WandaVision star Paul Bettany discussed an incident where he “flipped out” over Vision’s intricate make-up and costume.

Paul Bettany has probably had the most stressful glow up in the entire Marvel Cinematic Universe. He first began as Jarvis in the Iron Man films, an A.I that powered Tony Stark’s suit, as well as his other gadgets and devices. In Avengers: Age of Ultron, the A.I was given a body of its own and became fully sentient under the moniker of Vision. The stoic Vision quickly became enthusiastic about Earth and its people and soon started a relationship with Elizabeth Olsen’s Wanda Maximoff. While Vision may have been having a great time in WandaVision, Paul Bettany was rather pressed over the intricate make-up and suit he had to wear for the role.

Unlike some of the costumes in the MCU, Paul Bettany’s Vision look is mostly practical, from the make-up to the suit. The suit itself is made of pumps that pump ice cold water throughout the body. That means Bettany has to spend hours before and after his scenes either getting the make-up put on or off. It can be a grueling process, and while the star normally takes it like a champ, he did reveal one instance in an interview with ACE Universe where he flipped out on the WandaVision set.

“I guess I had one time where I flipped out on set and I just went ‘somebody has to help me get out of this suit,’ and they pulled it down and everybody was really lovely. It’s so embarrassing to talk about because obviously you’re getting paid to wear an uncomfortable suit but after five days in a row of just being encased in this thing you’re like ‘I gotta get it off my chest.’ I sat there for like five, ten minutes just breathing, and then we went back into it and it was fine. That was the one time I think I flipped out. I’m mostly kind of chill, calm.”

The WandaVision also discussed the process of getting ready to get into the suit, as well as the mental preparation required to temper the inevitable claustrophobic feelings.

“There’s a lot of getting ready. There’s me getting ready before the shoot because you want to fit into the suit and if you’ve got a little beer belly it kind of gives the game away. So there’s that portion of it but there’s also sort of mental portion which is that it is incredibly claustrophobic wearing that stuff. So you need to be in a really good place in your head, and I was, I really thought about it doing the TV show because it was all the time. Whereas with the movies you would dip in, you would do two days here and maybe three days in a row there, and I had noticed that if I had been working in that costume for five days straight I really, really needed out of it by the end of that.”

What did you think of Paul Bettany in WandaVision? Comment below and let us know!

WandaVision is available to stream on Disney Plus, while Doctor Strange in the Multiverse of Madness is set to hit theaters on March 25, 2022. Keep following along to stay up to date on all of the latest surrounding the upcoming MCU projects, and subscribe to our YouTube channel for more content!

The post ‘WandaVision’: Paul Bettany On ‘Flipping Out’ Over Vision Make-Up appeared first on Heroic Hollywood.