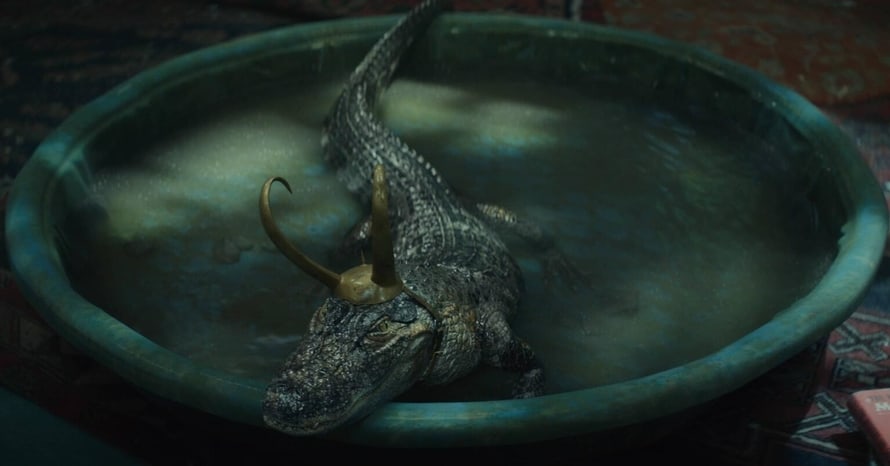 One of the most important questions the latest Marvel series posits is: “What makes a Loki a Loki?” The recent episode of the Marvel Cinematic Universe series introduces a wide variety of variants, including an alligator. Now, the alligator variant doesn’t speak at all during the episode and only rocks the character’s signature horns, likely placed there by the young variant, so there’s really no telling if the creature is actually a crocodilian variation of the God of Mischief.

Well, speaking with Marvel,  actor Tom Hiddleston, the foremost authority on the God of Mischief, ruminated on the alligator’s true identity, voicing his opinion on the so-called Alligator Loki variant.

“The question is, ‘Is he really Loki? Or is he just green? It’s such a funny question that [the Lokis] all bicker about. One thing about Loki is that Loki loves to be right. And they all have a different opinion about this alligator.”

While Tom Hiddleston remained coy on the debate, head writer Michael Waldron pointed out the ridiculous nature of the question, teasing that it’s more important to ask that question than to really know the answer.

“It’s so stupid, but it also makes total sense. You almost have to take it seriously, like maybe he is [a Loki]? Why shouldn’t there be an alligator version of Loki? For all we know, that’s an alligator universe or whatever. It’s just the sort of irreverent thing that, in this show, we play straight and make the audience take it seriously. I love that little guy.”

Do you think Alligator Loki is really a variant? Or just a random alligator? Comment below and let us know!

The first five episodes are now streaming on Disney Plus, with new episodes set to be released on Wednesdays. Stay tuned for all the latest news on the series and the future of the MCU, and be sure to subscribe to Heroic Hollywood’s YouTube channel for more exclusive video content.