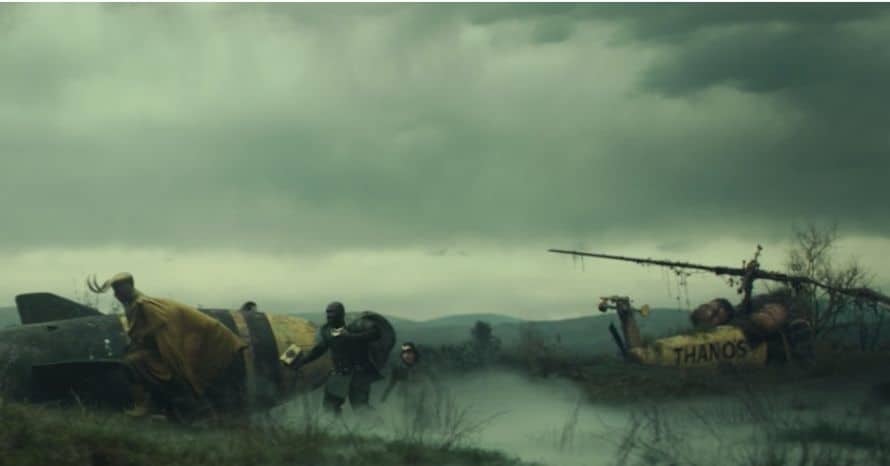 Guardians of the Galaxy director James Gunn has thanked Marvel Studios for putting Thanos’ helicopter in the Disney Plus series, Loki.

Since Loki debuted last month, just about every single crazy thing imaginable has happened in the Disney Plus show. The latest episode pushed this even further by revealing just where the Time Variance Authority sends things that disrupt the sacred timeline. The result is an episode that is loaded with easter eggs that are too numerous to count.

One such easter egg was Thanos’ helicopter that could be spotted earlier in the episode. In of the Mad Titan’s goofier appearances, the character flew around in a helicopter with his name literally printed on the vehicle. Thanos obviously has not flown a helicopter in the Marvel Cinematic Universe but director James Gunn has longed for Marvel Studios to include it in the universe.

In 2015, the director first posted about Thanos’s helicopter stating that he couldn’t wait to see it in the future. In a more recent post, the director thanked Marvel Studios for finally including the vehicle:

What did you all think of the appearance of Thanos’ helicopter in Loki? Would you like to have seen Thanos driving it? Let us know what you think in the comments below!

The first five episodes are now streaming on Disney Plus, with new episodes set to be released on Wednesdays. Stay tuned for all the latest news on the Disney Plus show and be sure to subscribe to Heroic Hollywood’s YouTube channel for more original video content.

The post James Gunn Thanks Marvel Studios For Giving Us Thanos’ Helicopter In ‘Loki’ appeared first on Heroic Hollywood.