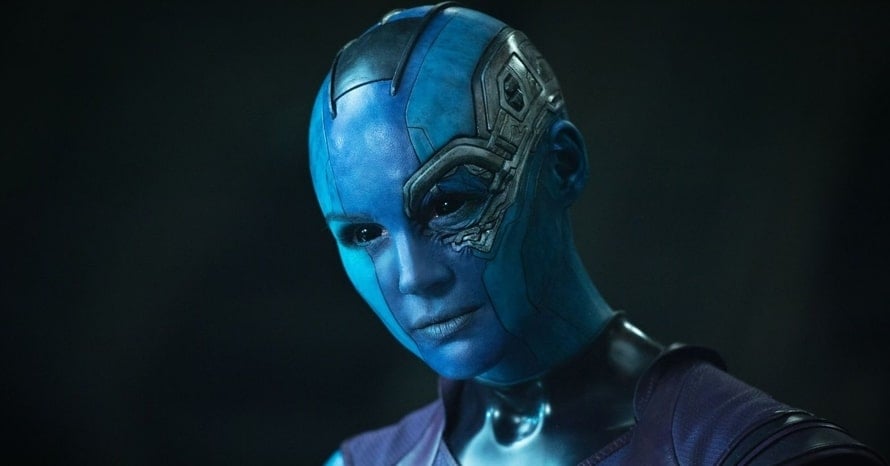 Karen Gillan recently talked about her reaction to reading James Gunn’s script for Guardians of the Galaxy Vol. 3.

After James Gunn wraps up work on Peacemaker, he will return to the Guardians of the Galaxy to close out his trilogy and direct a Holiday Special for Disney Plus. Chris Pratt recently said that the script has been done for some time and that filming will begin later this year.

Chris Pratt Reveals When ‘Guardians Of The Galaxy Vol. 3’ Will Start Filming

Nebula actress Karen Gillan spoke with Collider and shared her reaction to reading James Gunn’s script for Guardians of the Galaxy Vol. 3 and had nothing but praise for the sequel’s story:

“I read that script with Pom Klementieff, who plays Mantis. We read it together and we both cried and laughed, but there was full tears. It’s incredible, I think it’s James’ strongest work yet with the Guardians and it’s just brilliant. It’s brilliant and it’s emotional and it’s funny and it’s all of those things that you want.”

Do you think James Gunn’s Guardians of the Galaxy trilogy will end up being Marvel Studios’ best? Share your thoughts in the comments!

The grave course of events set in motion by Thanos that wiped out half the universe and fractured the Avengers ranks compels the remaining Avengers to take one final stand in Marvel Studios’ grand conclusion to twenty-two films,”Avengers: Endgame.”

Guardians of the Galaxy Vol. 3 is set to hit theaters on May 5, 2023. Stay tuned for all the latest news regarding the upcoming sequel, Karen Gillan’s Nebula, and subscribe to Heroic Hollywood’s YouTube channel for more original video content!