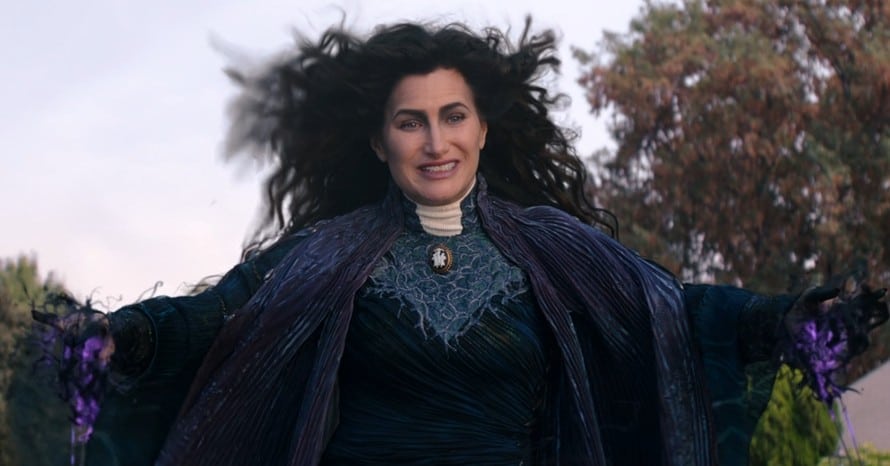 Kevin Feige recently dropped a hint on when we can expect to see Kathryn Hahn back as Agatha Harkness in the Marvel Cinematic Universe.

After the events of WandaVision, Kathryn Hahn’s Agatha Harkness is now stuck in Westview, but Scarlet Witch left the door open for needing her again in the future. As for when, that remains to be seen, but some fans think she could return in Doctor Strange in the Multiverse of Madness since Elizabeth Olsen will appear in that Marvel film next.

In an interview with Rotten Tomatoes, Kevin Feige not only confirmed that Kathryn Hahn’s Agatha Harkness will return in the Marvel Cinematic Universe, but he also teased it will be sooner rather than later:

“Someday. Someday soon. You will see Kathryn Hahn in Knives Out 2 next, then maybe an assortment of other things. But within the MCU, it can’t come soon enough. Let’s put it that way.”

Which MCU project do you think Kathryn Hahn’s Agatha Harkness will be in next? Speculate in the comments below!

WandaVision is available to stream on Disney Plus. Keep following along to stay up to date on all of the latest surrounding the upcoming MCU projects, Kathryn Hahn, and subscribe to our YouTube channel for more content!