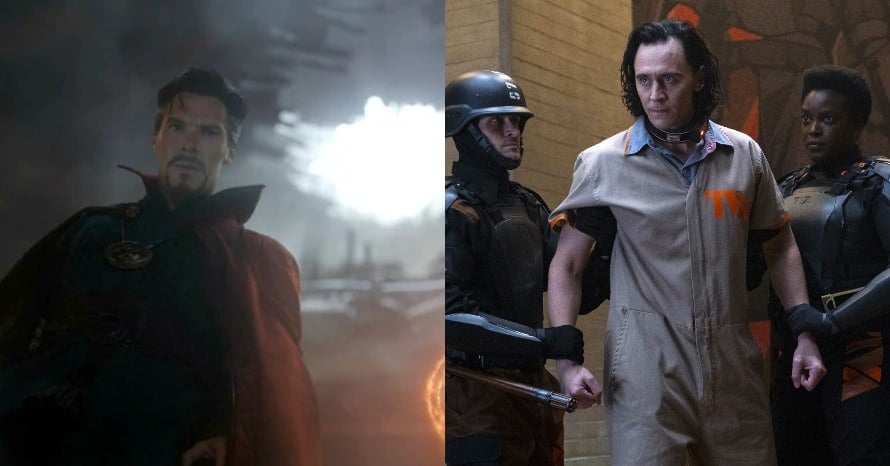 Tom Hiddleston’s Loki is expected to make an appearance in Doctor Strange and the Multiverse of Madness.

Major spoilers ahead for the season finale of Loki.

The first season of the Tom Hiddleston-led Loki came to a close this week, ending on a cataclysmic cliffhanger that could very well change the nature of time in the Marvel Cinematic Universe. In the finale, it was confirmed after weeks of speculation that the man behind the TVA is none other than Jonathan Majors’ He Who Remains, a variant of Kang the Conqueror. It’s revealed that He Who Remains created the TVA and the so-called “scared timeline” to end the multiversal war that his nefarious variants started eons in the future.

As the episode comes to a close, He Who Remains offers Sylvie and Loki two options: either kill him in a bid of anger and allow sinister variants of himself to manifest and start another multiversal war or rule the TVA themselves. After a brief tussle, Sylvie sends Loki back to the TVA and kills He Who Remains, opening up dozens upon dozens of multiverses.

Loki then finds himself in an alternate version of the TVA where he isn’t recognized by Mobius, and learns that in this universe, Kang — not the Time Keepers — oversees the organization. The implications of the season finale strongly hint towards Tom Hiddleston’s Loki showing up in Doctor Strange 2, a project that strictly deals with the Doctor and Scarlett Witch dealing with the multiverse. Based on the subtitle Multiverse of Madness, it’s fair to assume that the madness occurred due to Sylvie’s actions in killing He Who Remains. The Hollywood Reporter also suggested that the character would return for the Doctor Strange sequel. Loki showrunner Michael Waldron is also the writer on Doctor Strange 2, making the crossover all the more likely.

Do you think Tom Hiddleston will appear in Doctor Strange 2? Comment below and let us know!

The first season is now streaming on Disney Plus. Stay tuned for all the latest news on Loki and be sure to subscribe to Heroic Hollywood’s YouTube channel for more original video content!