Jonathan Majors Was Behind The Time Keepers’ Voices In ‘Loki’ 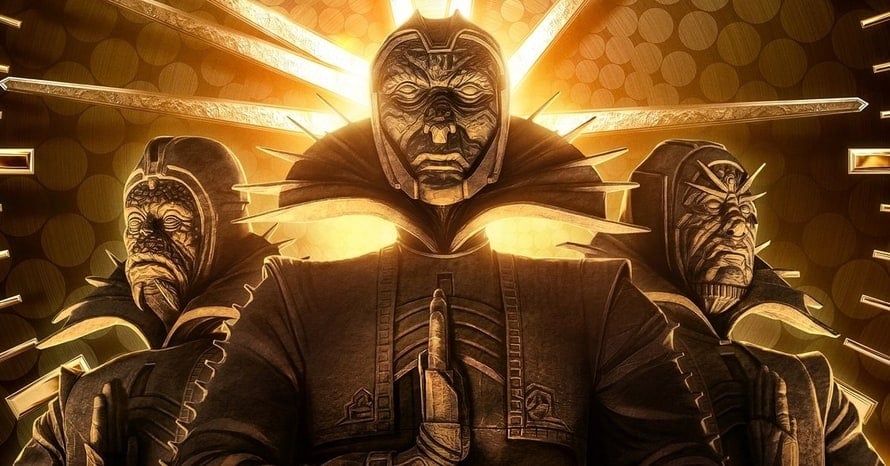 Jonathan Majors’ He Who Remains made his grand Marvel Cinematic Universe debut in the season finale of Loki. Like his character in the series, it sounds like the actor was working behind the scenes as well.

The Time Keepers were revealed to be nothing more than a creation by He Who Remains in the season finale. Kate Herron revealed to Entertainment Weekly that Jonathan Majors even voiced the three Time Keepers in Loki’s fourth episode. Herron went on to explain how that came to be:

“Something that was really fun for me was we hadn’t, for example, cast the voice of the Time Keepers yet, because you know Wizard of Oz was an obvious reference of ours. I was like, ‘Oh, let’s get Jonathan to do it, because he’s an amazing character actor. We sent him the art of all the characters and it was really fun [because] he was sending us all of these different voices he could do for each character, which was great.”

Did you understand what the Time Keepers were saying in that episode? Let us know in the comments below!

Loki season one is now streaming on Disney Plus. Stay tuned for all the latest news on Jonathan Majors’ future in the MCU and be sure to subscribe to Heroic Hollywood’s YouTube channel for more original video content!

The post Jonathan Majors Was Behind The Time Keepers’ Voices In ‘Loki’ appeared first on Heroic Hollywood.