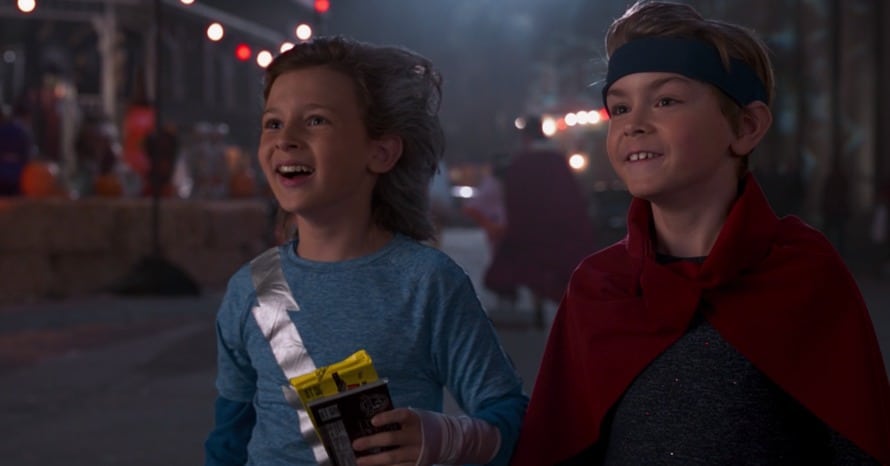 The Marvel Cinematic Universe is currently in Phase 4, and now that we live in a post-Avengers: Endgame world, fans are already curious to see how the MCU will continue its ambitious storytelling. Now with three Disney Plus original series released in WandaVision, The Falcon and The Winter Soldier and Loki under its belt, fans are speculating about new story arcs and characters being set up and introduced for future films/shows.

WandaVision introduced Billy/Wiccan and Tommy/Speed, the two sons of Wanda Maximoff and Vision. With those two introduced, some have speculated that a Young Avengers roster is being assembled, with characters such as Kid Loki, Kate Bishop and Cassie Lang potentially coming together.

Elizabeth Olsen, who recently received an Emmy nomination for her performance in WandaVision, was asked about the potential for a story assembling the Young Avengers during a Zoom room meeting with students and alumni at the New York Film Academy. Here’s what she had to say:

“I have no idea. I don’t even know if — actually, if you even ask Kevin Feige that, I think he’ll honestly say he doesn’t know.

They really plan phases at a time, and then after those complete, they move onto the next phase. It seems like from my perspective that that could be a possibility, but I don’t think they have a real plan for that yet, but they keep all their options open.”

Do you think Kevin Feige plans to introduce the Young Avengers into the MCU anytime soon? If so, would you like to see it done as a film or as an original series on Disney Plus? Sound off in the comments below.

Elizabeth Olsen is set to reprise her role as the Scarlet Witch alongside Benedict Cumberbatch in Doctor Strange in the Multiverse of Madness, which is directed by Sam Raimi and also stars Benedict Wong, Rachel McAdams, Chiwetel Ejiofor and Xochitl Gomez. The film will hit theaters on March 25, 2022.

WandaVision is available to stream on Disney Plus. Keep following along to stay up to date on all of the latest surrounding Young Avengers and other upcoming MCU projects and subscribe to our YouTube channel for more content!