Christina Hall Claps Back After Ex Ant Anstead Accuses Her Of ‘Exploiting’ Their Son, 3 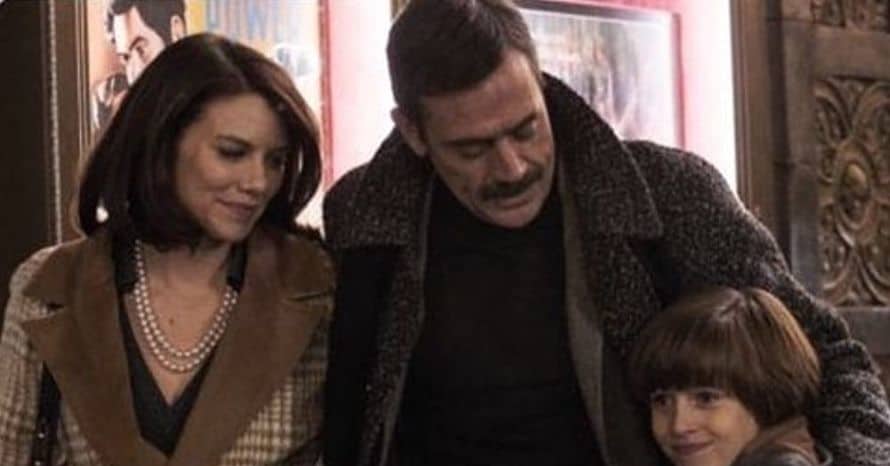 The Walking Dead stars Jeffrey Dean Morgan and Lauren Cohan are ready and willing to play Batman and The Joker in a Flashpoint adaptation.

In an otherwise small but pivotal scene, both Jeffery Dean Morgan and Lauren Cohan appeared in Zack Snyder’s 2016 film Batman v Superman: Dawn of Justice. In it, the two played Batman’s parents Thomas and Martha Wayne who were both killed in the film’s opening credit sequence. This has caused many to wonder if Jeffery Dean Morgan could appear as the Flashpoint version of the Caped Crusader and the actor himself has talked about this several times.

In the Flashpoint comic, it is Bruce Wayne who is killed by Joe Chill in crime ally which eventually puts Thomas Wayne on the path to being Batman and causes Martha Wayne to metally break and become that universe’s version of The Joker. For some time it was speculated that Jeffrey Dean Morgan would return to the role of Thomas Wayne for Ezra Miller’s The Flash solo film which was said to be based on the Flashpoint comic. This sadly did not come to fruition and the alternate version of Batman will be played by Michael Keaton instead. This has not stopped the two actors from talking about returning to the roles for such a film.

While speaking to Comicbook.com, both Jeffrey Dean Morgan and Lauren Cohan revealed that they would both be up to play the Flashpoint version of The Joker and Batman with Cohan ecstatic about the idea:

“I would love. I would love (to do that). Let it be said and known and documented. We both would love for this to happen.”

Jeffrey Dean Morgan continued by revealing that the two have talked about playing the Flashpoint version of Batman and the Joker for years:

“We have, Lauren and I have talked about that for years. I think her playing, I’d love to see her version come on. You never know. It’s true. You really never know with DC in particular, but everything is so kind of complicated within the Snyder-verse of it all. Unfortunately, but Lauren and I have made it clear and we’re doing it again now that version.”

Would you have liked to have seen the two appear as Batman and The Joker? What do you think of the Flashpoint story? Let us know what you think in the comments below!

Directed by Andy Muschietti from a script written by Birds of Prey scribe Christina Hodson, the upcoming film, The Flash, stars Ezra Miller, Ben Affleck, Michael Keaton, Sasha Calle, Kiersey Clemons, Maribel Verdú, and Ron Livingston. The film will be inspired by the Flashpoint comic storyline, which followed The Flash as he navigated an altered DC Universe. Written by Geoff Johns and penciled by Andy Kuber, Flashpoint radically altered the status of the DC Comics universe and led to the launch of the New 52 titles. It is currently unknown how much inspiration the upcoming Ezra Miller film will take from the comic.

The Flash is set to hit theaters on November 4, 2022. Stay tuned for all the latest news regarding The Flash and be sure to subscribe to Heroic Hollywood’s YouTube channel for more original video content.

The post Jeffrey Dean Morgan & Lauren Cohan Want To In Be In A ‘Flashpoint’ Film appeared first on Heroic Hollywood.