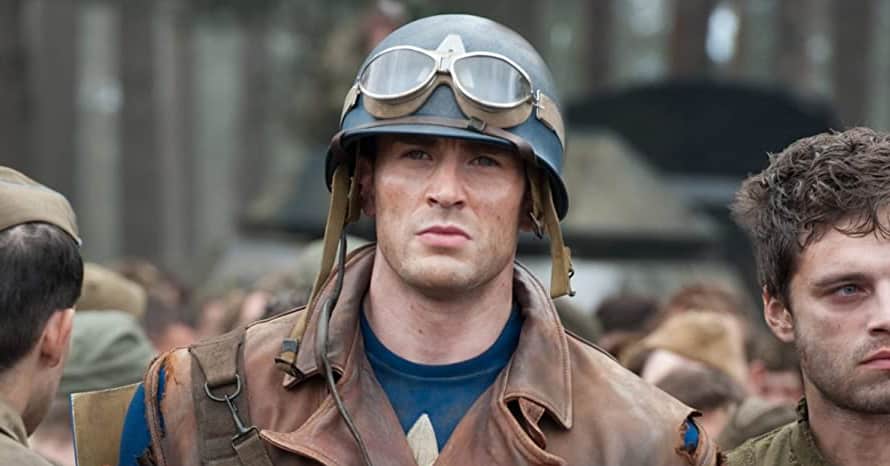 The first Captain America film hit cinemas 10 years ago, making it the last solo film before 2012’s The Avengers. The film was also the first prequel origin story for the Marvel Cinematic Universe, as the film was set in WWII. The film was praised for its exciting action sequences and thoughtful introduction to Steve Rogers. Due to being set in the 40s, the film wasn’t able to showcase all of the MCU’s exciting tech. However, the film’s original third act saw the Star-Spangled hero fighting a foe even deadlier than Red Skull.

‘Captain America’ Writers Discuss If Steve Rogers Is A Virgin

While the 1940s weren’t as technologically advanced as the 2000s, the original draft of the superhero film saw Steve Rogers fighting… a giant robot. Yes, a giant robot. In an interview with Yahoo! Entertainment, writers Christopher Markus and Stephen McFeely revealed that the robot was actually commissioned by HYDRA agent Red Skull. The film would have still featured Red Skull as the main baddie, with the robot merely acting as another deterrent for Captain America. The robot’s name? Panzermax.

“There was a huge HYDRA robot. A large chunk of the third act was Cap fighting this big robot.”

Christopher Markus went on to discuss why the giant robot was ultimately scrapped from Captain America: The First Avenger‘s third act.

“I think eventually it was a budget and time thing. It was like, ‘We really can’t be spending that much time.’”

“There’s no Panzermax in the comics, but don’t be too surprised if somebody creates one now, especially given the chuckle the writers had when the name was dropped. Just imagine “Panzermax, Agent of MODOK.”

Are you disappointed that the giant robot was scrapped from Captain America: The First Avenger? Comment below and let us know!

The grave course of events set in motion by Thanos that wiped out half the universe and fractured the Avengers ranks compels the remaining Avengers to take one final stand in Marvel Studios’ grand conclusion to twenty-two films, “Avengers: Endgame.”

Avengers: Endgame is now available on Digital HD, 4K Ultra HD, Blu-ray, and DVD. Stay tuned to Heroic Hollywood for the latest news on Chris Evans’ Captain America and be sure to subscribe to our YouTube channel for more content in the future!