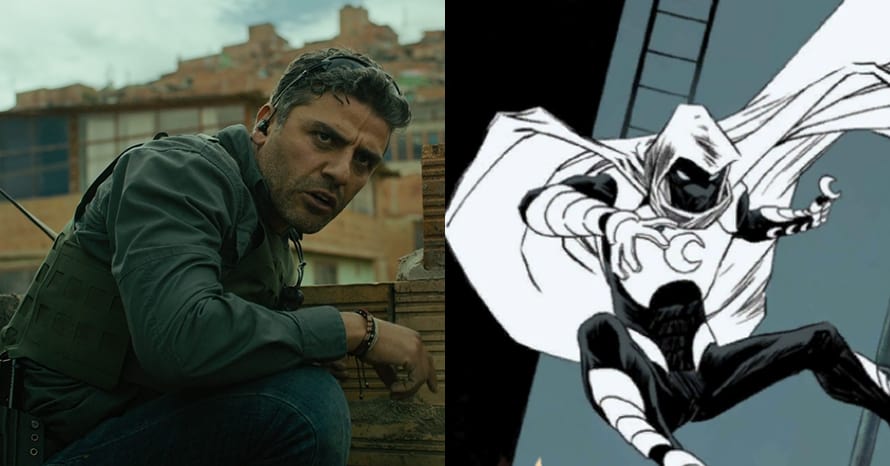 Moon Knight star Oscar Isaac teased that the upcoming MCU series as a “wild” new entry in the franchise.

Production on Moon Knight, one of the numerous new MCU series set to stream on Disney Plus in 2022, is currently underway. Oscar Isaac will portray the titular superhero in what is shaping to be one of the more intriguing new entries in the successful franchise that began its foray into television earlier this year with WandaVision and continued with The Falcon and the Winter Soldier and Loki.

Marvel Studios did not have a presence at Comic-Con at Home this year, but Oscar Isaac made a quick appearance during a panel for a comic he helped co-create titled Head Wounds Sparrow. While in Budapest filming the series, Oscar Isaac briefly teased what fans should expect:

“I’m here on the set of Marvel’s Moon Knight. We’re deep into it over here, it’s been going great. It’s gonna be a wild, wild show and I’m excited to talk about it in the future.”

You can also watch the actor’s appearance down below:

Oscar Isaac will be joined by Ethan Hawke, May Calamawy and Alexander Cobb in the upcoming series, which was created by Jeremy Slater and will be helmed by Mohamed Diab, and directing duo Justin Benson and Aaron Moorehead.

In the comics, Marc Spector, a.k.a. Moon Knight, was a CIA agent-turned-mercenary making millions. His wealth from being a mercenary and investments land him anywhere between $50 million to $3 billion in net worth, granting him a suave Bruce Wayne-style life. Yet during his last mercenary job in Cairo, Spector was left for dead by a former colleague.

Spector dragged himself through the sands of the desert to the tomb of Konshu, the Egyptian moon god. There he was pronounced dead but resurrected at the hands of Konshu. The resurrection took a toll, however, as he developed multiple personality disorder. When he returned to New York, he created two new personalities — Steven Grant and Jake Lockley. Grant was the millionaire womanizer while Lockley was a cab driver.

It was after developing his other personalities when he took on the mantle of Moon Knight. Konshu granted Spector with increased physical capabilities and periodic prophetic visions at night, yet even Spector himself was unsure whether Konshu was yet another personality of his own creation. Even still, Moon Knight operates with an arsenal of technology, vehicles, and costumes to suit his needs.

Stay tuned to Heroic Hollywood for the latest news regarding the future of the MCU, and subscribe to our YouTube channel for more!