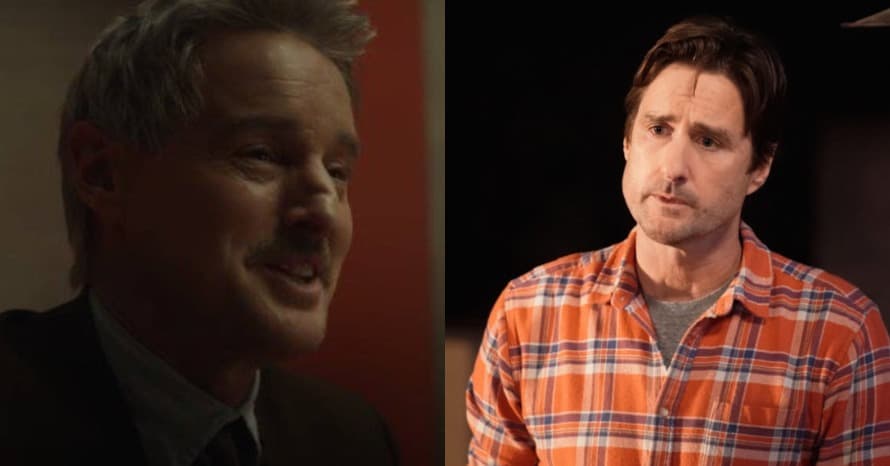 It’s common these days to see actors starring in both Marvel and DC productions, with some highlights over the last few years being Tom Hardy, Ryan Reynolds, Idris Elba, and Angela Basset. The stigma surrounding so-called “rival” projects across comic book franchises has disappeared. That’s as long as you’re not brothers. In a funny coincidence, Stargirl‘s Luke Wilson and Loki‘s Owen Wilson are brothers… and they happened to be shooting their respective series at the same time.

During a press conference for Stargirl‘s second season, Luke Wilson opened about his brother Owen Wilson working on Loki at the same time he did in Atlanta. In fact, both brothers actually lived together while they working on their respective superhero shows. Just as siblings do, Luke wasted no time “roasting” his brother Owen, calling Marvel people “odd”.

“I don’t know if you’ve ever lived with anybody in the Marvel Universe but odd people, very, very odd. Whatever snack you have made for yourself…I never did understand the plot of Loki. I had it explained to me a number of times, never got the plot of it. But now, we actually did get to live together for a little over a month, but it was actually really fun. And yeah, it was funny for me to be working for DC and doing a superhero show, and then Owen was playing that character Mobius on Loki. I know that he really enjoyed working on that. And like me, he had not worked on a superhero project and had not worked on a show before, but I know he had a great time and really enjoyed working with Tom Hiddleston.”

Which superhero performance do you prefer: Luke or Owen Wilson’s? Comment below and let us know!

Here is the official synopsis for DC’s Stargirl:

‘DC’s Stargirl’ follows high school sophomore Courtney Whitmore (series star Brec Bassinger, “Bella and the Bulldogs,” “School of Rock,” “The Goldbergs”) as she inspires an unlikely group of young heroes to stop the villains of the past. This new drama reimagines Stargirl and the very first superhero team, the Justice Society of America, in an unpredictable series. The series focuses on the character that started creator Geoff Johns’ career as a comic book writer when he created her in 1999, lovingly inspired by his late sister who was killed in a 1996 plane crash.

Stargirl returns on Tuesday, August 10th on The CW. Stay tuned for all the latest news on the series and be sure to subscribe to Heroic Hollywood’s YouTube channel for more original video content!