‘The Suicide Squad’: Peter Capaldi Breaks Down The Thinker 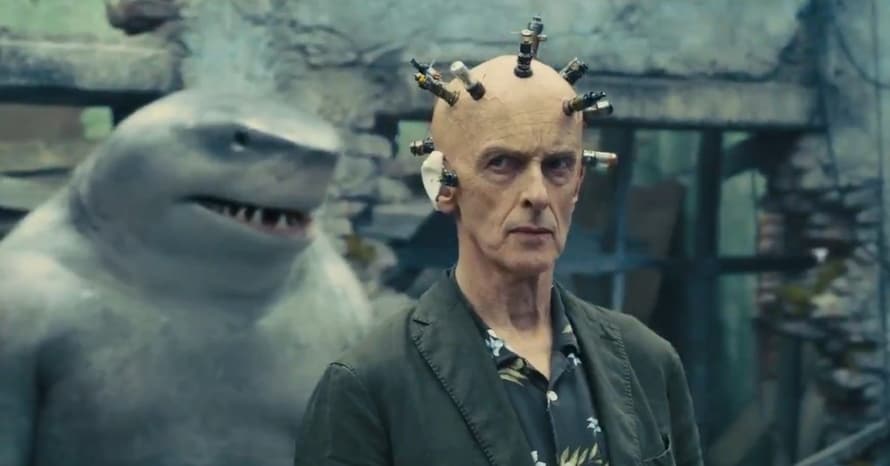 Peter Capaldi broke down his character of The Thinker in James Gunn’s The Suicide Squad.

The Suicide Squad, which is set to hit cinemas next week, is filled with a star-studded cast of expendable degenerates. While Harley Quinn, Captain Boomerang, and Rick Flag are returning, the DC reboot is filled with tons of new, inventive characters like Weasel, King Shark, Bloodsport, and The Thinker. Peter Capaldi, who has previously portrayed Doctor Who, was talked by Gunn to play the eccentric Thinker, an extremely nefarious would-be supervillain.

In a recent chat with Comicbook.com, Peter Capaldi broke down how he jumped into the insane character of The Thinker by reading up on the character’s comic appearances. While the comics started as a good starting point, he fell into his own groove just by referring to the script. The former Doctor Who actor also discussed how he landed the Suicide Squad role.

“My introduction was the script. I just read the script. James asked me to do it and then sent me the script, and I thought the script was great. And that’s really where I took it from. I dug into some of the comics, which is an archeological dig to have a look at his various in comics. It was quite difficult to pin down exactly who he was because he changes so much. And also, he seems to be quite old and then he disappears, and then he comes back again. And I thought it was quite confusing. I thought I’d be better just to cleave to the script. Stick with the script and try and conjure up that Thinker, as opposed to making a connection with the comics. The first thing when you go on the internet and call him up, you get a little drawing of him in the orange jumpsuit, which kind of is iconic for him and did, I think, influence James and our Thinker. But yeah, no, I just tried to do what the script tells me to do. It’s quite tricky. I mean, James is brilliant, I think, but it’s a very heightened sort of world that you have to try and exist in and be funny and scary at the same time.”

Are you excited to see Peter Capaldi in The Suicide Squad? Comment below and let us know!

REVIEW: James Gunn’s ‘The Suicide Squad’ Is The Best DC Films Release Yet

You can check out the synopsis for the James Gunn film below:

The Suicide Squad is currently scheduled to hit theaters and HBO Max on August 6, 2021. Stay tuned for all the latest news regarding the DC Films project and make sure to subscribe to our YouTube channel for more content!

The post ‘The Suicide Squad’: Peter Capaldi Breaks Down The Thinker appeared first on Heroic Hollywood.