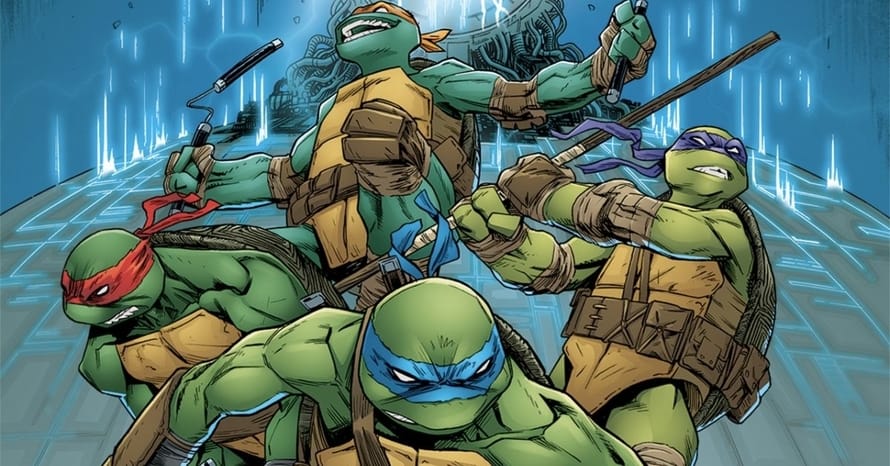 Colin Jost is set to co-write a new live-action Teenage Mutant Ninja Turtles film with his brother for Paramount.

Another live-action Teenage Mutant Ninja Turtles film has been in development at Paramount since 2018 when it was last reported that Andrew Dodge was penning a script for a reboot. According to Deadline, the Turtles are heading in a new direction once again with Saturday Night Live‘s Colin Jost teaming up with his brother, Casey, to write the new live-action film. Michael Bay, Andrew Form, Brad Fuller, Scott Mednick, and Galen Walker are all on board the film as producers.

This Teenage Mutant Ninja Turtles project is said to be separate from the animated film being produced by Seth Rogan, which is set to come out on August 11, 2023. Jeff Rowe will direct the animated film with a script from Brendan O’Brien.

Which TMNT project are you looking forward to more? Let us know in the comments section below!

Here is the synopsis for the most recent film in the Turtles franchise, Out of the Shadows:

Michelangelo, Donatello, Leonardo, and Raphael are back to battle bigger, badder villains, alongside April O’Neil (Megan Fox), Vern Fenwick (Will Arnett), and a newcomer: the hockey-masked vigilante Casey Jones (Stephen Amell). After supervillain Shredder escapes custody, he joins forces with mad scientist Baxter Stockman (Tyler Perry) and two dimwitted henchmen, Bebop (Gary Anthony Williams) and Rocksteady (WWE Superstar Stephen “Sheamus” Farrelly), to unleash a diabolical plan to take over the world. As the Turtles prepare to take on Shredder and his new crew, they find themselves facing an even greater evil with similar intentions: the notorious Krang.

Stay tuned to Heroic Hollywood for all the latest news on the future of the TMNT franchise, and subscribe to our YouTube channel for more original video content in the future!