Dave Bautista Was Never Asked To Return As Drax In ‘What If…?’ 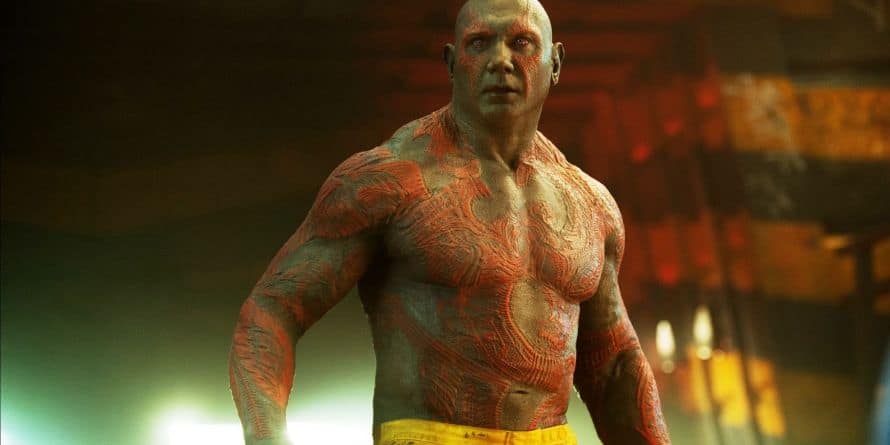 Dave Bautista has revealed that he was never asked to return as Drax in Marvel Studios’ What If…?.

Marvel Studios is set to debut its first animated series this year. Titled What If…?, the show focuses on detailing and expanding hypothetical scenarios and character arcs that could have potentially taken place in the Marvel Cinematic Universe. One example of a hypothetical scenario that will be explored in the Disney Plus series is T’Challa being abducted by Yondu instead of Star-Lord. With the would-be Black Panther now in space, T’Challa is the one who forms and leads the Guardians of the Galaxy. The animated series is set to feature a star-studded voice cast from the MCU, with most of the actors from the films reprising their roles. While there are clear exceptions like no Robert Downey Jr., or Scarlett Johansson, or Tom Holland, one glaring omission from the voice talent is Dave Bautista, who portrays Drax.

‘What If…?’ Is As Important To MCU As Other Marvel Studios Projects

Most of the actors who won’t be reprising their roles have either finished their contracts with Marvel or are only allowed to appear in live-action projects. While we don’t know the details regarding Dave Bautista’s contract, it’s clear that he’s set to return as Drax in Guardians of the Galaxy Vol. 3, as well as the series’ Holiday Special. Bautista dropped the Marvelbombshell when a fan on Twitter asked the star why he wouldn’t be voicing the blunt, humorless alien.

Let’s start with I was never asked. https://t.co/HwrnMrEajh

Dave Bautista has been vocal about his displeasure with Disney over the last few years. He notoriously spoke ill about the conglomerate when they fired James Gunn from Guardians of the Galaxy Vol. 3, and he’s not shied away from discussing how Disney “dropped the ball” with the character by focusing more on his comedic side. Nevertheless, Bautista is still set to return as the character in the coming future. Guardians director James Gunn also took to Twitter to discuss his amazement at Bautista not being asked to voice Drax for What If…?.

Are you disappointed that Drax won’t be voiced by Dave Bautista in What If…? Comment below and let us know!

‘What If…?’: Marvel Producer Teases Season 2 Plans With Captain Carter

Here is the synopsis for Marvel Studios’ What If…?:

What If…? will premiere on Disney Plus on August 11. Episodes will be released weekly. Stay tuned to Heroic Hollywood for all the latest news surrounding the Marvel Cinematic Universe, and subscribe to our YouTube channel for original video content!

The post Dave Bautista Was Never Asked To Return As Drax In ‘What If…?’ appeared first on Heroic Hollywood.