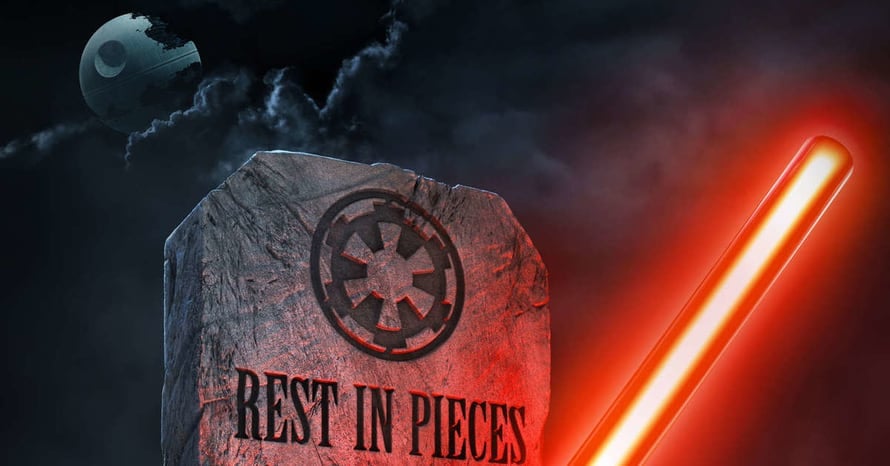 LEGO and Star Wars are perfect examples of two entertainment giants constantly collaborating and innovating upon their relationship. What first began as a license for LEGO to create sets based on Star Wars characters, events, and locations quickly spiraled into a hit video-game franchise that continues to dominate. After the games proved to be a success, LEGO and Star Wars collaborated to create a variety of animated specials. Last year, Disney Plus and LEGO collaborated on The LEGO Star Wars Holiday Special, which debuted just in time for the Holidays. After the Holiday Special proved to be a success for Disney Plus, the streaming service has now commissioned one for Halloween, titled LEGO Star Wars Terrifying Tales.

You can check out the spooky one sheet for the special below.

The dark side strikes back in a terrifying way this October.

The Disney Plus special will take place after The Rise of Skywalker and will see Poe Dameron and other characters coming across Vader’s loyal assistant Vanee on the planet of Mustafar. You can read the plot summary given by StarWars.com below.

After the events of  The Rise of Skywalker, Poe Dameron and BB-8 must make an emergency landing on the volcanic planet Mustafar where they meet the greedy and conniving Graballa the Hutt. The crime boss has purchased Darth Vader’s castle and is renovating it into the galaxy’s first all-inclusive Sith-inspired luxury hotel. While waiting for his X-Wing to be repaired, Poe, BB-8, Graballa, and Dean (a plucky and courageous young boy who works as Graballa’s mechanic) venture deep into the mysterious castle with Vader’s loyal servant, Vaneé. Along the way, Vaneé shares three creepy stories linked to ancient artifacts and iconic villains from across all eras of Star Wars. As Vaneé spins his tales and lures our heroes deeper into the shadowy underbelly of the castle, a sinister plan emerges. With the help of Dean, Poe and BB-8 will have to face their fears, stop an ancient evil from rising, and escape to make it back to their friends.

The voice cast for the Disney Plus Star Wars special is absolutely stacked, though major players from the live-action series do not appear. The cast includes Jake Green as Poe Dameron; Raphael Alejandro as Dean; Dana Snyder as Graballa the Hutt; Tony Hale as Vaneé; Christian Slater as Ren; Trevor Devall as Emperor Palpatine; and Mary Elizabeth McGlynn as NI-L8.

The special debuts on Disney Plus on October 1st.

Are you excited to see Disney Plus’ Lego Star Wars Terrifying Tales? Comment below and let us know!