‘Blue Beetle’: Xolo Maridueña Comments On Being Cast As A Latino Superhero 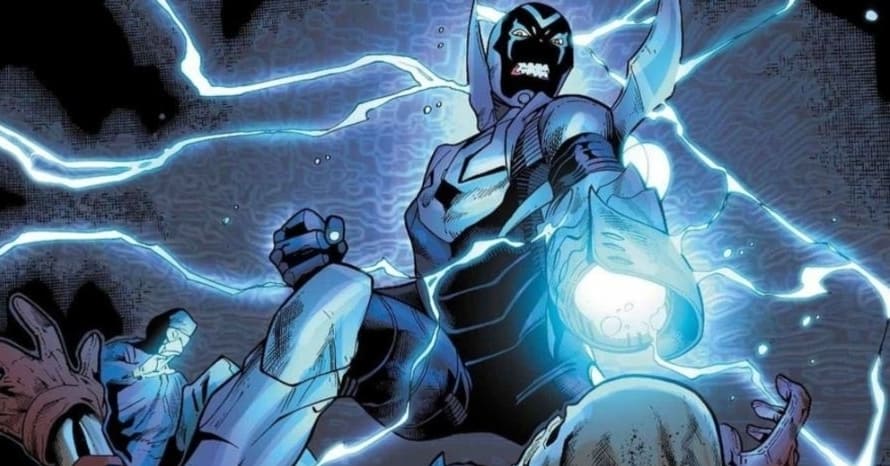 Xolo Maridueña opened up about getting the Jamie Reyes role in the upcoming Blue Beetle film at the recent Suicide Squad premiere.

On Monday, news broke that Cobra Kai star Xolo Maridueña will be DC Film’s Blue Beetle for the project set at HBO Max. The Blue Beetle film will mark the first from DC led by a Latino superhero with Angel Manuel Soto at the helm.

Both Xolo Maridueña and Angel Manuel Soto recently attended The Suicide Squad premiere where the Jamie Reyes actor talked to Variety about getting the lead role in the Blue Beetle film:

“The only thing that is on my mind right now is just the fact that he’s Latino. I have so much pride in getting to be a part of this project with Angel, someone like him. I think it’s so important, and I don’t want to stand on the soapbox for too long but representation is so important.”

Xolo Maridueña also touched on getting in superhero shape before filming begins early next year:

“Luckily I have a background in martial arts and training in that kind of realm but this is a whole different game, this is like the big boys, so I’m ready to pack on a couple pounds and hit the gym.”

.@Xolo_Mariduena reacts to landing the role of #BlueBeetle in DC’s first comic adaptation focusing on a Latino superhero: “I have so much pride in getting to be a part of this project… It’s such a great opportunity and I’m not gonna take it lightly.” https://t.co/zXKbGv1RQr pic.twitter.com/QgcYCYPPdC

How are you feeling about Blue Beetle so far? Let us know in the comments section below!

In DC Comics lore, Dan Garrett was an archeologist who discovered the Blue Beetle scarab and used its power to fight crime. Though his successor, Ted Kord, was unable to harness the scarab’s power, the brilliant billionaire took on the Blue Beetle mantle from his mentor using technology and martial arts. Years later, a teenage boy named Jaime Reyes came into the possession of the Blue Beetle scarab and used it to manifest a weaponized exoskeleton. Taking on the Beetle mantle, Jaime used the suit for good alongside his two best friends Brenda and Paco.

Created by Keith Giffen, John Rogers, and Cully Hamner, Jaime Reyes made his first appearance in the pages of 2006’s Infinite Crisis #5. A live-action version of Jaime appeared in the Superman prequel series Smallville, with Jaren Brandt Bartlett playing the DC Comics hero.

Stay tuned for the latest news regarding Xolo Maridueña’s Blue Beetle film coming to HBO Max, and be sure to subscribe to Heroic Hollywood’s YouTube channel for more original content!

The post ‘Blue Beetle’: Xolo Maridueña Comments On Being Cast As A Latino Superhero appeared first on Heroic Hollywood.