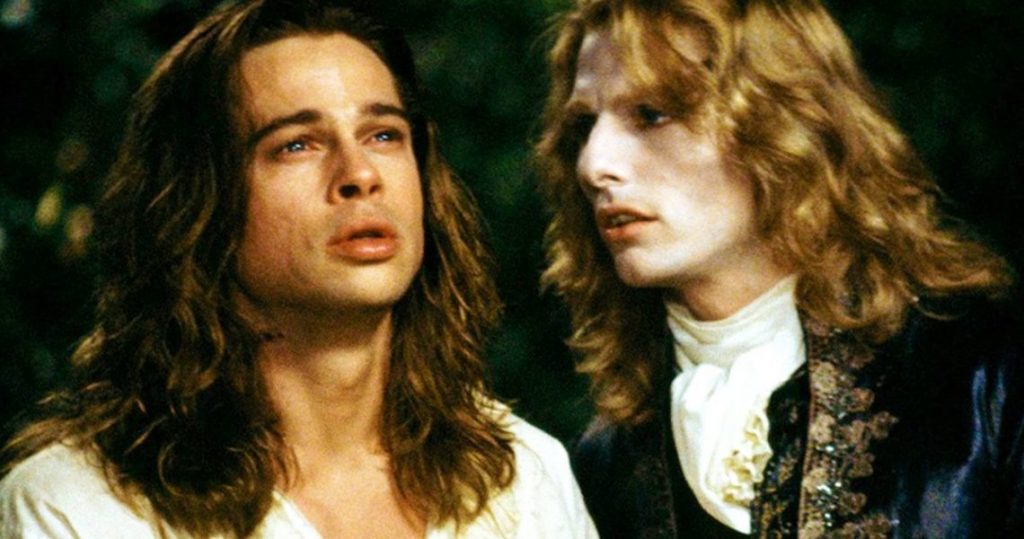 As Netflix continues to release a new set of movies and TV shows at the start of the year 2022. An old star-studded classic has made its way in. ‘Interview With the Vampire’ was released in 1994, starring Brad Pitt, Tom Cruise, and a young Kirsten Dunst. It is a gothic horror drama based on a novel of the same name by Anne Rice published in 1976.

Based in modern-day San Francisco, the story starts with a reporter wanting to interview a person who claims to be a vampire. The reporter, Daniel Molloy, was skeptical of the man’s claims until he displays a morsel of his supernatural skills. Louis de Pointe du Lac, coldly portrayed by the ravishing Brad Pitt, moves swiftly across the room in an inhumane manner to prove Daniel of his unique presence in this modern world.

Even at 12 years old, it was clear that Kirsten Dunst was destined for cinematic greatness.

Interview with the Vampire is now on Netflix. pic.twitter.com/xrUG44kWBE

Louis narrates his vampire origin story to Daniel. Set in 1791, when Louis was a young plantation owner out of Louisiana. However, he lost the will to live after the death of his wife and infant. Wandering aimlessly into the forest drunk, accompanied by a harlot, he crosses paths with a vampire named Lestat de Lioncourt, played by none other than Tom Cruise. Lestat kills the woman and starts feeding on Louis; however, he doesn’t kill him, rather he turns Louis into a newborn vampire.

This change astonishes Louis, but his human morale stops him from feasting on humans while Lestat craves for them. This marks the start of the quite enthralling story as Daniel is all ears, listening and contemplating each and every word of Louis. On the other hand, Lestat is hell-bent on twisting Louis’s integrity, enticing him into feasting humans. However, Louis refrains from giving in to his craving.

The Kirsten Dunst Factor in “Interview With The Vampire”

The child actress, Kirsten Dunst, plays a quintessential role in this movie. As Lestat and Louis find a new establishment in New Orleans, Louis runs into a small girl crying over her mother’s rotten body. The girl, Claudia, played by Kirsten Dunst, runs towards Louis for help. Louis’s dark side takes the better of him as he feasts on the girl. Meanwhile, Lestat overflows with joy, gazing upon Louis finally embracing his vampire personality. But Louis resists and flees from the scene. Lestat sees an opportunity and does the unthinkable to appeal to Louis’s hunger.

It is an engrossing gothic drama that would make you fully dwell on the stories narrated in the movie. Each scene draws you in and the flamboyant cast gives this movie a whole another level.