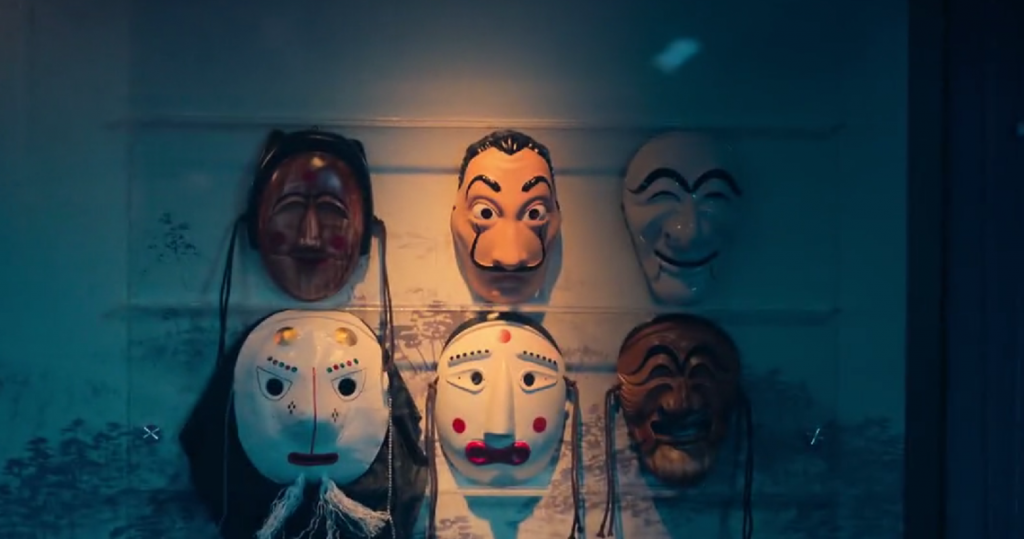 Money Heist revolutionized the heist genre forever, and thus, there being various adaptations of it is not surprising. Fans have had little to look up to after the iconic series’ end in December 2021. So, Netflix has given us fans an update on the Korean remake: Money Heist Korea.

The new adaptation will go by the name Money Heist: Korea – Joint Economic Area. As part of the update, Netflix has also blessed us with a teaser, which revealed the new characters’ looks. As it is, fans will have a hard time adjusting to a clean shaved version of The Professor. So, let us look at the cast and the teaser of the series.

The 83-second long teaser primarily focused on The Professor and Seon Woojin, the head of the Crisis Negotiation Team. It could mean that the Korean adaptation has slightly tweaked things to focus more on the rivalry between The Professor and Seon. However, the teaser also introduced us to the cast of other characters.

In the teaser, we see The Professor planning a heist and later deciding which mask to use for the heist. The Professor has many choices, as he can choose from traditional Korean masks and the iconic Dali mask from the original series.

The cast and release date

The Korean Money Heist hasn’t changed the code names given by the original series. So, fans can easily compare the actors or the characters from the series. The following Korean stars will appear in the Money Heist adaptation:

Netflix hasn’t announced the release date of the series. But fans can expect the release date with the trailer, which will drop somewhere in mid-February or March beginning. The trailer will also disclose more about the other characters who were not in the spotlight in the teaser. So, until then, fans can guess which mask the gang uses for their heist.

How excited are you for the release of Money Heist Korea?