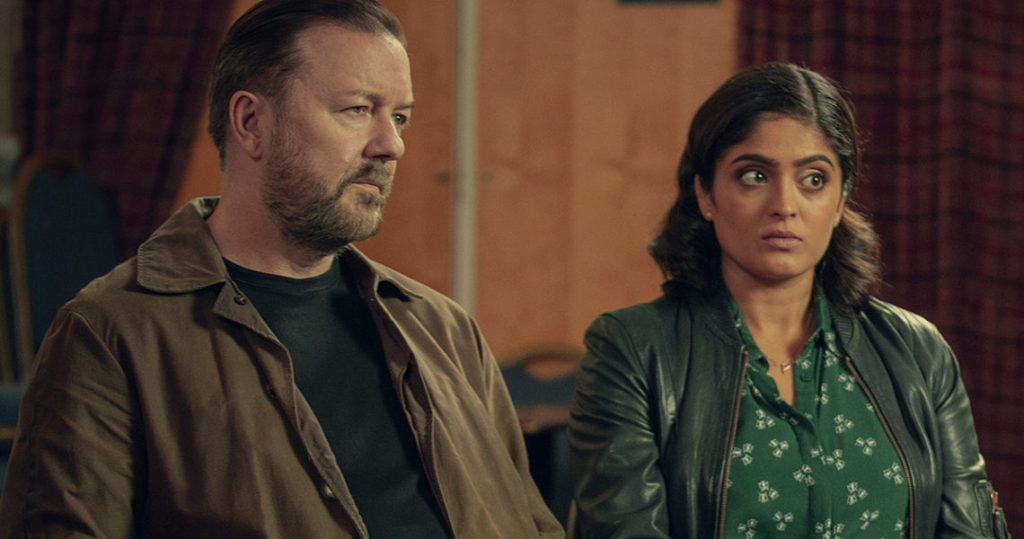 What Happened To Sandy And Roxy On After Life In Season 3? Ricky Gervais Reveals

For quite a while now, fans of After Life have been going through a tough time. First, the devastating news of season 3 being the last season of the dark comedy shocked the fans. And now, when the season premiered, the disappearance of major characters has shocked the fans. If you are a fan of After Life, your most pressing doubt must be, “What happened to Sandy and Roxy?”

Ricky Gervais has written and created After Life, a dark comedy about Tony, who struggles to cope with the loss of his wife, Lisa. Let us look at how the characters of Sandy and Roxy affected the plotline and the reason for their absence.

Ricky explains what happened to Sandy and Roxy in After Life

“With Roxy we thought there wasn’t quite the story there,” Ricky explained why Roxy wasn’t part of the 3rd season. “That was fine because Roxy wasn’t in it much, you know, so I got around that with giving the story sort of through [Pat] the postman [played by Joe Wilkinson].”

“Mandeep couldn’t do it because she was filming,” Ricky on Sandy’s absence. “But Sandy I had time to rewrite it, write her out and put Colleen in her place.” With that, we get an answer for why Ricky introduced Colleen, a new intern and character in the last season. Finally, Ricky proved his point by saying: “It’s you know, it’s a mutual decision, I didn’t write them out.”

Ricky has been vocal about his opinions for a long time. Although some fans and critics might not agree with Ricky’s decision to end the series, the creator has made a firm decision. Thus, Ricky cleared all our doubts in the interaction with Digital Spy.

Roles of Sandy and Roxy explained

Mandeep Dhillon plays the role of Sandy, who joined the Tambury Gazette as a writer in season one. Roisin Conaty plays the role of Roxy/Daphne, the sex worker who has a relationship with postman Pat. However, the couple broke up in season 3 ending, and Pat found Kath.

After Life might not have many characters because it is a short series. But the characters had a unique set of attributes. Whatever be the case, fans can’t help but miss Roxy and Sandy.

What are your thoughts on the exclusion of Roxy and Sandy in After Life?

The post What Happened To Sandy And Roxy On After Life In Season 3? Ricky Gervais Reveals appeared first on Netflix Junkie.