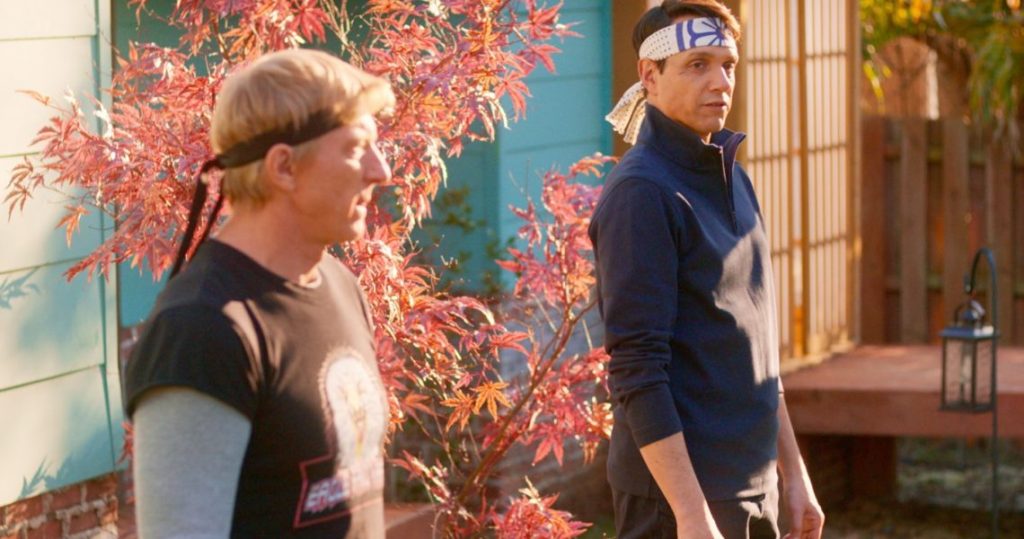 Read These Life Lessons That Cobra Kai Teaches Us, Except Karate

There are some shows that entertain you and then there are some that impart knowledge and wisdom, instilling a sense of righteousness and discipline in the viewer. Cobra Kai is the perfect blend of entertainment and drama imbibed with a sweet dose of life lessons.

The Karate Kid Film Series (1984) turned out to be a blessing in disguise for parents who found it hard to discipline their children. The Cobra Kai life lessons are quite useful, as it teaches us a sense of balance in our lives. Here are some lessons that you can carry and pass on to the upcoming generation.

What Can You Learn From Cobra Kai

The life stories of Mr. Miyagi, countless wars that he has been through, a medal of honor, life tragedies, etc, impart us with a great deal of wisdom. Some famous quotes by him are:-

“Inside You Have Strong Root. No Need Nothing Except What Inside You To Grow.”

“Lesson Not Just Karate Only. Lesson For Whole Life! Whole Life Have A Balance, Everything Be Better.”

“Never Put Passion In Front Of Principle. Even If You Win, You Lose.”

These are just the tip of the wisdom iceberg of Mr.Miyagi. Daniel LaRusso has imbibed all these principles. He guides his daughter and students to mold them into better human beings by imparting the skills he has learned since childhood.

ALSO READS: Are the LaRussos Really “Acting-Out” in THIS Scene From Cobra Kai Season 4?

You might think of Johnny Lawrence as a lowlife that you can’t learn anything from. However, that might not exactly be true. Even after a disturbed childhood and a ruthless sensei, he grows soft and tries to amend the ways of the Cobra Kai. He rectifies the mistakes of his sensei and teaches his students with a sense of responsibility towards them. Moreover, as the series progresses, he learns to live above his demons and tries to be a better person.

One of the most important things that this series teaches us is the effects of being nurtured or nurturing someone. A mentor is an important figure in a person’s life. As we can see in Cobra Kai, the kind of mentor you have has an effect on what kind of person you become. Johnny had a brutal mentor; as a result, he grew to become a flawed adult with no prospects in life. On the other hand, Daniel becomes a successful entrepreneur as he had a calm mentor and father figure who guided him to the right path.

Balance and chaos provide us with different results. Cobra Kai teaches us to choose wisely on what kind of person we want to become and tread the right path.

The post Read These Life Lessons That Cobra Kai Teaches Us, Except Karate appeared first on Netflix Junkie.