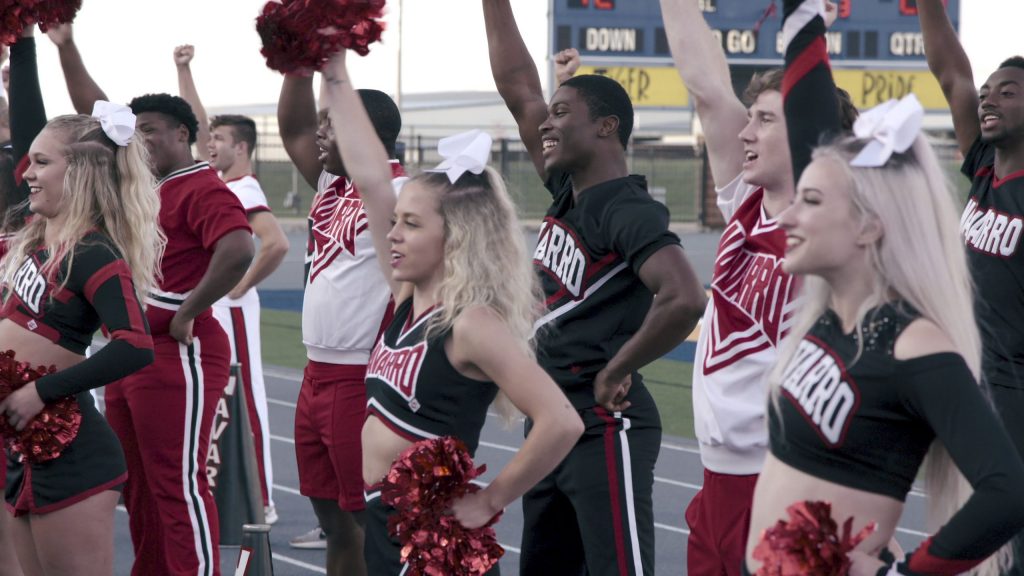 Cheer is indeed a series that we were waiting for since 2020, and finally, the new season of the documentary series is here. This docuseries takes us a step closer to the lives of the cheerleading community and shows us just how competitive it can get. While we return to small-town Texas, a couple of fresh faces join us. Here we introduce you to the new members of the Cheer cast on Netflix.

The Netflix Original Docuseries follows the Navarro Cheerleading from the state of Texas, giving us an insight into the world of these young women. The first season of the series was well-received by the audience. The second season follows the same Navarro team, joined by a couple of unfamiliar faces; while they together get ready to lock horns with their arch competitors, Trinity Valley Community College.

In the new season, directed by Greg Whiteley, “the buzz around their newfound stardom threatens to alter the dynamic of Navarro Cheer, the team finds no amount of press frenzy could compare to the challenges they must face when COVID-19 upends the 2020 cheer season and a serious criminal accusation is levied at one of their teammates,” according to the show’s description.

ALSO READ: Your Guide to ‘Just Go With It’ Cast – Everything You Should Know

Now, with no further ado, let’s meet the newest members of the Cheer cast on Netflix, including members of both the Navarro team as well as the Trinity College team.

Yet another promising youngster from the ranks of Navarro, this is her opportunity to shine, and audiences will see how she does when they stream Cheer Season 2 on Netflix.

Cassadee is a former child pageant star, and she also appeared on TLC’s Toddlers & Tiaras. She believes that all that experience taught her to smile through the pain.

Basically from Massachusetts, Maddy is a recent addition to the Navarro team. She has taken the entire team by storm, becoming one of the best all-around athletes on the team.

Johnson is a former football player, and he has been the head coach of The Cardinals for three years. Currently, he is focused on getting TVCC back to its glory days (before Monica, TVCC was the premiere cheer college).

Being a Guinness World Record holder for most double full twists performed in one minute, Angel is quite the asset for any team she is in.

Jada is a powerful leader that guides her team. She almost left the sport, after encountering a pretty horrific fall, but it was Vontae who coached her through it.

Jeron is an outstanding personality on the team. He tried to get into Navarro, but he didn’t make it.

DeVonte is a very talented and outstanding tumbler, who chose TVCC over Navarro. There is no matching to his skill, but he “has attitude and performance issues.”

The post Who Are The New Faces Hitting The Mat In Cheer Season 2 Cast On Netflix appeared first on Netflix Junkie.