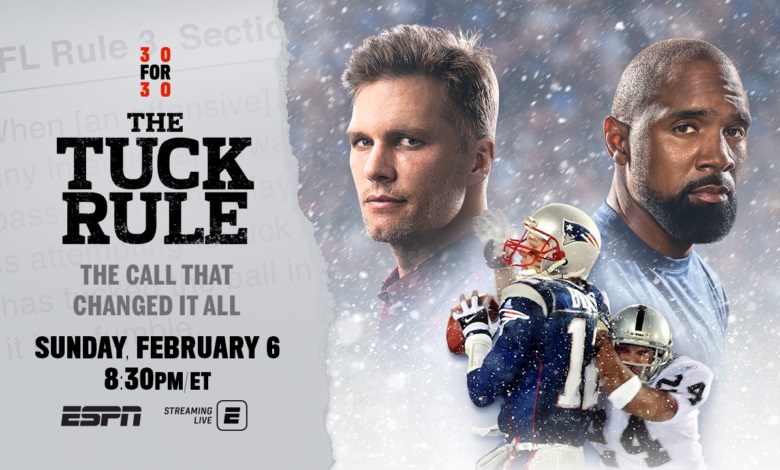 Disney has announced the next instalment in the Peabody and Emmy award-winning 30 for 30 series, “The Tuck Rule,”, which is directed by Ken Rodgers (“The Two Bills,” “Al Davis vs. The NFL”) and Nick Mascolo.  It will examine one of the most controversial plays in sports history, twenty years after it took place. Without […]

The post 30 For 30 Documentary “”The Tuck Rule” Coming Soon To ESPN+ first appeared on What’s On Disney Plus.