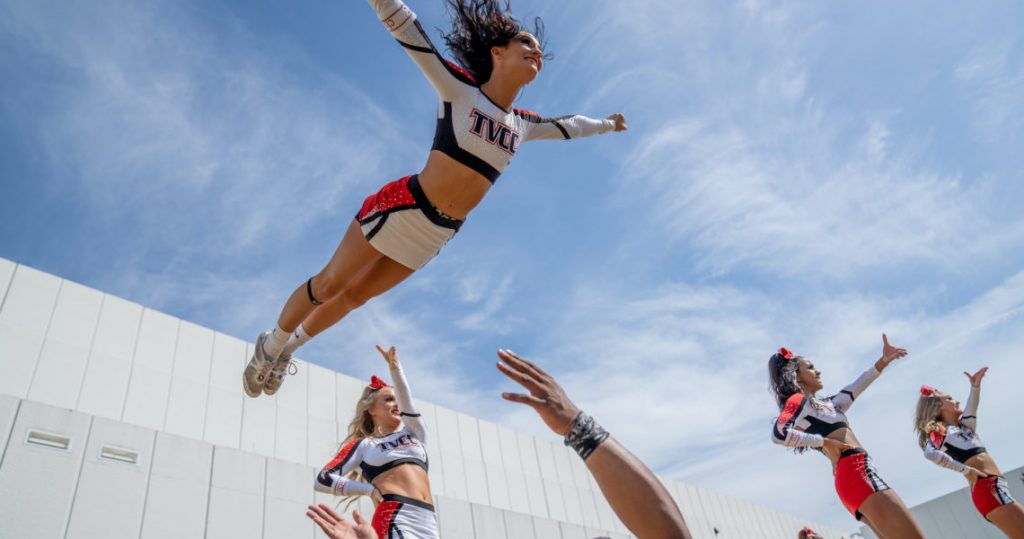 Cheer Season 2 Cast in Real Life – Everything You Should Know

The 12th of January, 2022 saw the release of season 2 of Cheer. The series is about the nationally ranked American Navarro College Bulldogs Cheer Team from the town of Corsicana, Texas. Each episode of this Netflix docu-series focuses on a specific member of the team and also focuses on the history of cheerleading, among other things. Meet the cast of Cheer season 2:

Butler is an American cheerleader, YouTuber, and television personality who finds herself the center of attraction among all cast members in season 2 of Cheer. This former Navarro College cheerleader has now joined the Weber State University as she continues to chase her passion for the sport.

Every reality television needs a bit of drama for it to appeal to a certain part of the audience. While the quota for this was fulfilled by La’Darius Marshall and his fallout with Monica Aldama, Cheer focused on very few cast members from the beginning to end of season 2 and Marshall was one of them.

Perhaps the most sensitive part of the Netflix series was Jerry Harris and the sexual assault allegations against him. It wasn’t easy getting the alleged victims, Charlie and Sam and their mother Kristen on board, nor was it easy watching them talk about their issues. Harris is currently in Chicago jail, awaiting his trial as he continues to deny the allegations for the lawsuit.

Leading Trinity Valley Community College against Navarro is Jada Wooten, who will stop at nothing to get the trophy this time around after having lost it the last time. Wooten continues to be a highly motivated cheerleader, who has taken it upon herself to prove her team’s potential.

Another member of the Trinity Valley Community College is Jeron Hazelwood. Despite being in a pool of fascinating characters, Hazelwood managed to stand out indefinitely with his charm and energy that remain unmatched throughout the series.

If you were active on social media during the mid-2010s, there’s an extremely high chance that you might have seen Angel Rice doing one of her iconic, effortless backflips. This 23-year-old is a four-time world champion in the field of cheer and the country knows her as the “Simone Biles of Cheerleading”.

Apart from these new faces that we have seen, the Netflix Original also continued to keep tabs on Lexi Brumback and Morgan Simianer. We also saw Monica Aldama and Vontae Johnson back in their form as they continued to work to better the sport.

Which of these characters from the Primetime Emmy award-winning series do you find yourself most drawn towards? Let us know in the comments!

The post Cheer Season 2 Cast in Real Life – Everything You Should Know appeared first on Netflix Junkie.