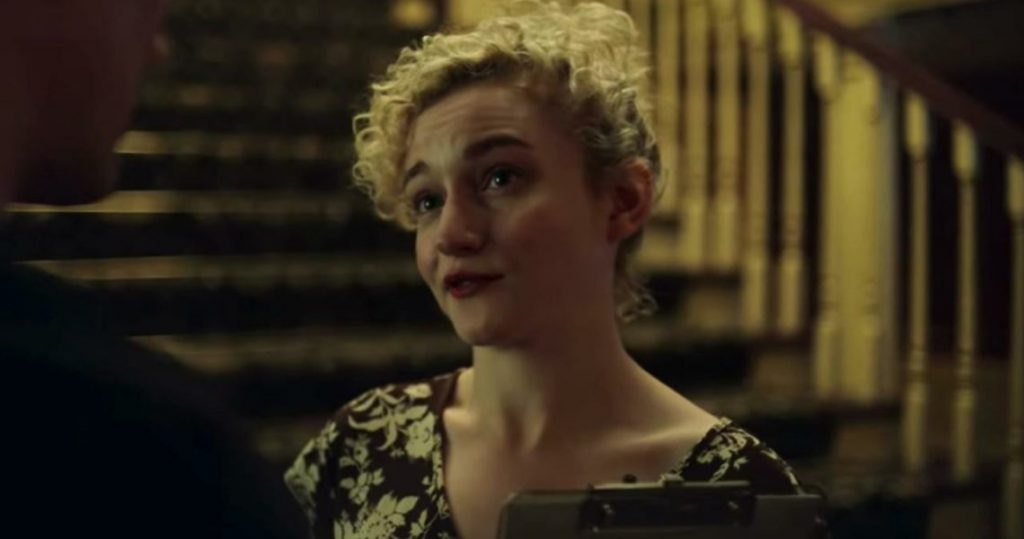 Ruth Langmore In Real Has Rodant Phobia, Then Who Electrocuted The Mice?

”If you deviate from the plan, I’ll take a dull [  ] blade and [  ] cut you all.” These are the words of legendary Ruth Langmoreof Ozark. She is a street-smart, bossy, ferocious, and iconic character in the series. In other words, nothing in this world can put her off. Langmore has acid-tongue and is the embodiment of dark humor. But is it true with the actress playing this character?

Julia Garner, as Ruth Langmore, has developed a separate fan base. Notably, she has won two Emmy awards and has finely molded herself to become this character. But in reality, she has a massive fear of rodents.

ALSO READ- Is Ozark cancelled? Will there be a season 5?

Remember the scene where Ruth Langmore electrocutes a mouse in Ozark?

One scene from Ozark season 1 captures the hands of Ruth Langmore or Julia Garner, electrocuting a mouse. In that scene, she conducts the experiment to make sure that her plan will execute perfectly. She was to use that death trap to kill Marty Byrde. She later ends up using that trap for her uncles Russ, and Boyd who decided to rob and kill Marty.

Surprisingly, Julia Garner in a conversation with Vulture spills out about her fears. She says “I have a real phobia of rodents.” She further says “I thought I could do it, but I really got a panic. I couldn’t hold that mouse… I just couldn’t hold him. It was terrible.” She expresses in the interview how she cringed even at the thought of holding that mouse.

Moreover, as soon as her colleagues and co-actors realized this fact; they got all notorious. She told Vulture “Everyone was laughing at me on that day. I would get mouse messages, like pictures of mouse for the next month.”

If not Julia Garner, whose hands held the fate of that mouse in Ozark?

Because of Garner’s plight and inability to perform the electrocution, the experiment could have almost stopped. However, that didn’t happen. Garner revealed that the team hired a double. So, the hands we see performing the homicidal experiment were not of Garners’. Fortunately, Julia did not go through the shock of shocking a mouse in her own hands while the experiment was also held successfully. Hence, it was a win-win situation in the end.

Do you love Ruth in Ozark? Let us know in the comment section which of Ruth’s iconic lines and the scene did you love the most.

The post Ruth Langmore In Real Has Rodant Phobia, Then Who Electrocuted The Mice? appeared first on Netflix Junkie.