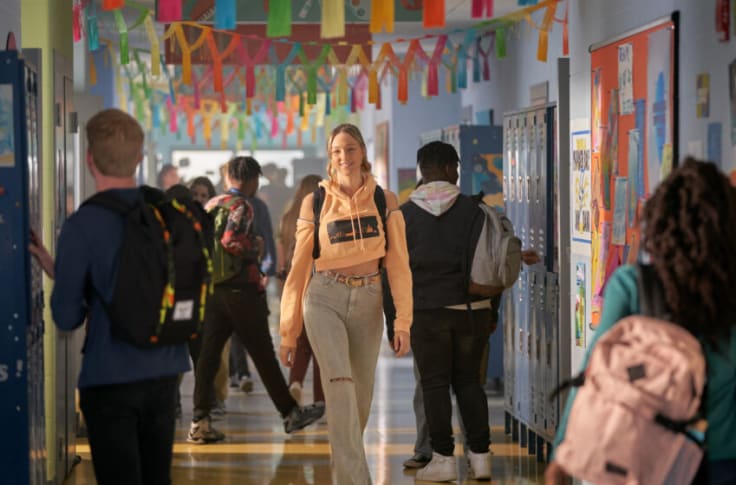 Netflix’s Tall Girl 2 is finally happening after the first movie was hugely accepted by today’s fresh audiences. Tall Girl is another regular Netflix teen romantic-comedy just like To All the Boys I’ve Loved Before and The Kissing Booth. After the first film released its trailer, critics were apprehensive. However, once the film was released on September 13th, 2019, over 41 million households viewed it in just the first four weeks.

After quite a long wait, finally, the sequel of Tall Girl is here. Here’s everything we know about Tall Girl 2.

Netflix has officially announced the release date of Tall Girl 2 on January 19th, 2022. The Emily Ting movie will globally premiere on February 11th, 2022, exclusively on Netflix.

On February 11th, 2022, Inventing Anna and Love is Blind season 2  will also premiere on Netflix. Sweet Magnolias season 2 and Space Force season 2, will also overtake Netflix in February. So, we can expect some top competition for Tall Girl 2 and some bigger shoes to fill in. Can the movie recreate the magic of the first part? We will have to wait and watch.

Ava Michelle will return from Tall Girl to play the lead role as Jodi Kreyman, and as her best friend, and now boyfriend, Jack Dunkleman will definitely return with his crate to kiss his best friend/girlfriend.

– The film will premiere on February 11 on Netflix. pic.twitter.com/tmNseBHpdL

The other cast includes:

But, in the trailer, for once, Jodi is self-doubting herself and whispering, “You’ve finally got your dreams. You think you can actually pull this off?” Harper replied, “So, this voice just popped into your head last night?” Jodi explains, “There’s always been a voice, just, this one is louder, and makes you believe all your worst fears and insecurities are true.”

Guess the Tall Girl installment will give us a new aspect of Jodi and another evolution of her character.

What will happen in the upcoming film?

The new film will follow a new Jodi, confident and popular. She is also playing the lead role in the school’s musical. Jodi was confident that being a popular girl in school will solve all her problems, but turns out she was wrong. She will realize there are other things that are far more important in this world, rather than just being tall.

The film will premiere on February 11 on Netflix. pic.twitter.com/SJHwJOLOU1

We are looking forward to Jodi fulfilling the “tall order” of growing up in Tall Girl 2. How excited are you for the release?