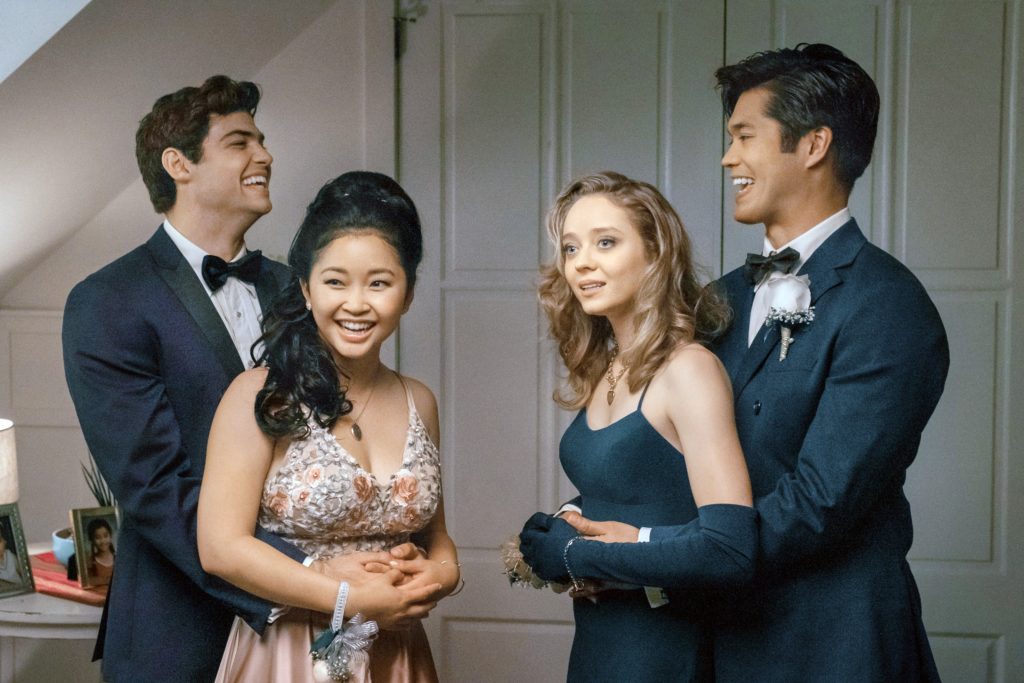 Kirsten Caroline Dunst, or should I rather say, Mary Jane! The era of the actress began with the Spiderman sequel by Sam Raimi and soon became one of the biggest Hollywood blockbusters. From the famous kiss in rain with Tobey Maguire to #1 global film on Netflix, The Power Of The Dog, our favorite actress has created a legacy of her own.

If you also get butterflies in your tummy when Kirsten is on screen, we are here with some of the amazing movies of our beloved MJ that are available on Netflix.

Don’t we all long for an adventurous life? Well, this movie is beyond your expectation of an adventure! Judy shepherd is a teenage girl character played by Kirsten. Seemingly, Judy, along with her brother, restarts a dangerous board game, “JUMANJI”, which brings to life unparalleled chaos.

Moreover, they unknowingly help another character played by Robin Williams, who’d been stuck in the game for centuries. Together, they must finish the game in order to end the chaos. Will they be able to do it? Or will they fail? Find out by streaming one of the best Kirsten Dunst movies on Netflix today! The thrill is worth your time.

Little Women, a timeless classic written by Louisa May Alcott and beautifully woven into a movie by Gillian Armstrong. This family drama is a piece of art that sinks your heart into an ocean of emotions. Notably, Kirsten plays the character of winsome Amy, the youngest of the siblings.

The movie lay out the crisis that falls upon the March family as the father leaves for war. Moreover, the film tells the tale of vast options that life has to offer and how one shall narrow it down the right path through a series of choices, whilst facing the harsh stereotypical society!

Little women will grow on you. Give this Kirsten Dunst starring movie a chance on Netflix today!

Ever wondered, what will be your reaction if some distant unknown planet is to hit our Earth? Well, Melancholia is the movie for you. Kirsten Dunst plays Justine, the beautiful but depressed bride who sees a planet trying to collide with Earth on her wedding day. Ironically the happiest day of her life brings tremendous events that can vanish our planet.

The movie is divided into two parts, titled ‘Justine’ and ‘Claire’. While Kirsten is going through her own internal struggles, Claire, her sister, suffers from anxiety as she gets to know about their fate. However, there are no skyscrapers or those government board meetings generally shown in such movies. This domestic drama brilliantly depicts obstinate individuals through simple but fascinating visuals.

The Power of the Dog

A sheer masterpiece that reflects upon toxic masculinity, among several other things, The Power Of The Dog is one of the trending Netflix movies. Rose Gordon is the character of a single mother played by Kirsten who faces ravaging insults from Phil Burbank played by Benedict Cumberbatch. However, George Burbanks (younger sibling) played by Jesse Plemons, brings the same woman as his wife along with her son.

The character development in the movie is timed with a great pace and builds overwhelming force through stunning performance and excellent direction. It can overthrow your early opinion of ‘good’ and ‘evil.’ It is among the very few but classic movies starring Kirsten Dunst. Head towards Netflix and give it a go.

All in all, many Kirsten Dunst movies are streaming on Netflix right now. But these are worth your time. Let us know in the comment section, which one did you love the most.