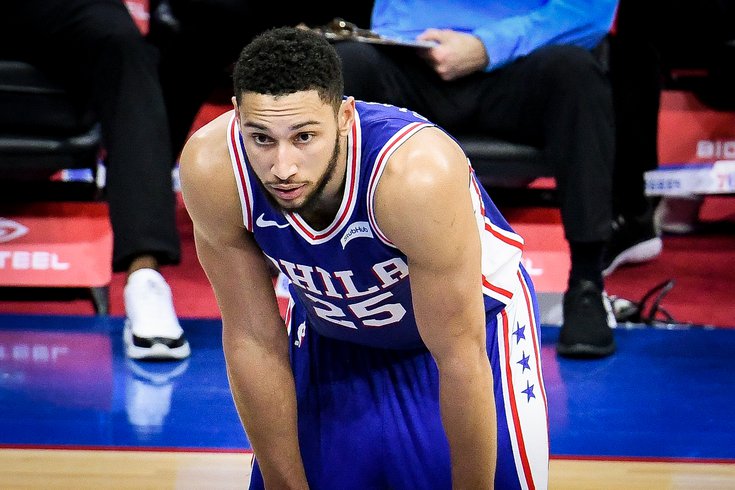 Daryl Morey Stresses The Sixers Will Try To Trade Ben Simmons Before The Deadline, But Admits It’s ‘Less Likely Than Likely’

It’s official: Ben Simmons is still on the Philadelphia 76ers. Ok, that’s been the case for several years now, but over the last few months, Simmons has made clear that he’d like to move on from the franchise that drafted him No. 1 overall out of LSU. The Sixers, meanwhile, have straddled a line where the team is both willing to move him if their reportedly high price is met while simultaneously hoping that he’ll return to the team and play at some point.

We got an update on where all of this stands on Thursday afternoon thanks to a cameo Daryl Morey made on Philadelphia sports talk radio. Among the most prominent updates was that Morey claimed the price has been lowered a bit due to the way Joel Embiid has performed this season.

tell me the player you are picturing in your mind reading this pic.twitter.com/kc76cmoldh

One potential landing spot that has popped up more and more prominently in recent days is the Sacramento Kings, with Morey stressing that he believes that there’s a way to make a deal work there.

Daryl Morey: “I can tell you that for sure, there are deals with the Sacramento Kings that would work.”

But ultimately, Morey said, while the team is going to work to facilitate a trade, he believes it’s more likely that Simmons is on the roster after next month’s trade deadline, and that if he had his way, he’ll return to the team.

Daryl Morey on the likelihood of Ben Simmons being moved by the trade deadline: “I think it’s less likely than likely, but hopefully I’m wrong. It won’t be from lack of trying.”

Daryl Morey on Ben Simmons: “I 100% believe he could play for us again, and he’d be literally the perfect player for us to pair with Joel Embiid.”

The trade deadline is on Feb. 10. The Simmons-less Sixers sit 26-18 on the year, putting them in fifth place in the Eastern Conference and 2.5 games back of the 1-seed.