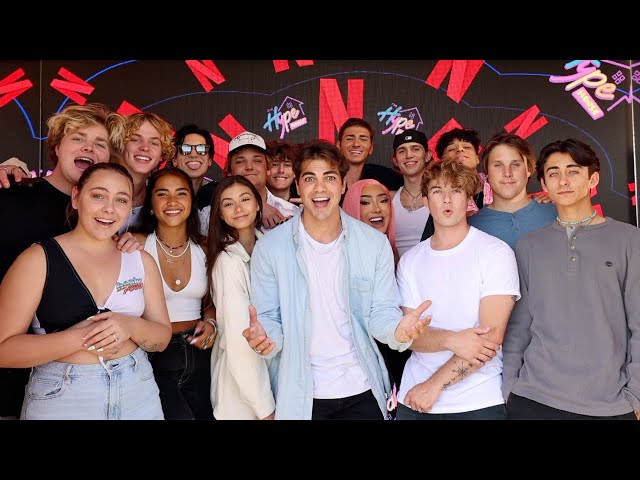 ‘Hype House’ Cast Net Worth – How Much These Social Media Celebrities Make?

Hype House on Netflix is a series that certainly gives fans insight into what goes on in the lives of their favorite TikTok celebrities. The show has gained massive popularity, owing a lot of it to the members of the Hype House itself. This is a group of young people who have redefined an entire social media platform. With the kind of influence they have, fans are often left wondering about what they make and get out of this. Worry not as this list answers all the questions about the net worth of the cast of Hype House, with the help of PopBuzz.

While most of the cast of Hype House began their careers and building their net worth doing exactly what they do right now, Vinnie Hacker has dabbled into different fields. This TikToker started out editing pictures and videos and then later jumped into influencer marketing as the offers kept getting lucrative. Currently, his net worth is $800,000.

Despite being a mere 18- year-old, Jack has managed to make a lot of his career. This dancer has racked up a net worth of $1 million.

Being an advocate for body positivity, Sienna May Gomez has not only helped millions of her fans feel better with the content she creates, but has also made sure this could be a sustainable lifestyle for her. This 17-year-old TikTok star has made $1 million.

This social media star has been around since the time of Vine. He used to create content on the platform for quite a while. After having gained a massive following on TikTok, he is now focusing on his career as a musician. Through his journey, he has made $1 million.

Rising to fame in the shortest amount of time, Thomas Petrou is the creator of the group Hype House. This Greek social media star has racked up $2 million in no amount of time.

Alex Warren’s story has quite the potential to be made into an inspirational movie. The social media star went from sleeping in his car to make a net worth of $2.5 million.

Annon has been in the influencing game and has been building his net worth for the longest period of time as compared to other members of the Hype House cast. She has been modeling on Instagram long before she began influencing on TikTok. Her long journey as a model and influencer has helped her make the $3 million she now has.

Long before her time on TikTok, Dragun used to be a YouTuber. In fact, she even created her own reality series on Snapchat called Nikita Unfiltered. Her career as an influencer, makeup artist, the new deals with makeup brand Morphe and a reality television star have helped her create the $3 million of her net worth, making her the highest earner in Hype House.

Which of these stars of Hype House and their net worth was a shock to you? If you’re looking for more about their lives, watching the Netflix Original reality television series is certainly a great plan. Let us know your thoughts in the comments!

The post ‘Hype House’ Cast Net Worth – How Much These Social Media Celebrities Make? appeared first on Netflix Junkie.