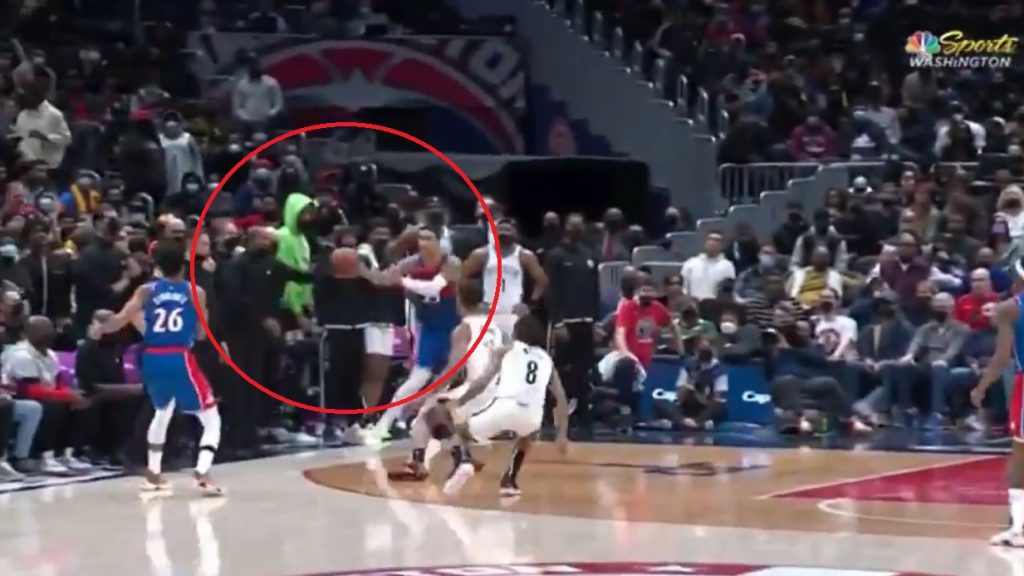 Wednesday night’s game between the Wizards and Nets featured one of the weirdest no-calls the NBA has ever seen, in which Brooklyn assistant David Vanterpool reached onto the court and deflected a pass from Spencer Dinwiddie to Kyle Kuzma, leading to a Kessler Edwards steal.

Somehow, the official who was standing no more than 10 feet from Vanterpool missed that — despite Vanterpool looking as guilty as possible as he turned away in disbelief that he just tipped a ball that was in play — and allowed play to go on in what became a 119-118 Nets win. The Wizards, understandably, were furious about the situation, with Kuzma running down the court and fouling to stop play and talk to the official about it, and after the game acting Wizards head coach Joseph Blair said he’d never seen anything like it and was in “utter disbelief” at the no-call.

On Thursday, the NBA announced fines for the incident, with Vanterpool receiving a $10,000 fine and the Nets organization getting hit with a $25,000 fine for his hitting a ball in live play. It’s still rather unbelievable that it wasn’t seen live by the officials and the Wizards won’t feel much better about what became a massive lost possession in a one-point loss, but this puts a bow on one of the strangest in-game situations in recent memory.