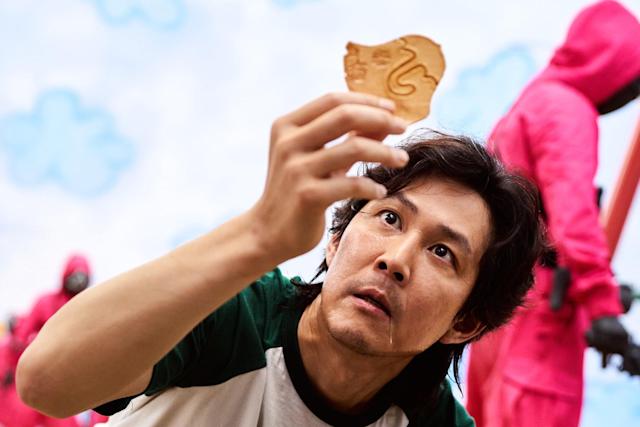 Over the years, we have seen humanity commence war against each other for wealth and power. Many kings and kinsmen have died in the past in an attempt to become the mightiest of all. Many commoners have been a victim of big conspiracies to earn a livelihood. But did we ever think a child’s game can be on the hunt for human lives by promising an ample amount of money? Well, Squid Game turned this non-existent nightmare into reality. The fan-favorite Korean series, Squid Game season 2 is officially announced.

On September 17, 2021, Hwang Dong-hyuk’s smash-hit Squid Game landed on Netflix. In a short time, it rose to the top of Netflix’s top 10 charts. In the series, 456 contestants tested their luck by participating in the game. Those who cannot win go through harsh aftermath, including death. But the one who wins fills his pocket with over 38 million US dollars.

Netflix’s co-CEO and chief content officer, Ted Sarandos, officially confirmed while talking to Variety that Squid Game season 2 is on its way.

Notably, during a discussion of the company’s fourth-quarter earnings, Sarandos teased ‘The Squid Game universe has just begun.’ Further, Variety reports “He put “Squid Game” in the category of Netflix’s burgeoning bouquet of entertainment franchises that the company sees as having growth potential outside the core streaming service, with life experiences, games, and merchandise,” referring to Sarandos.

What to expect from this season?

Season 1 of this psychic pop-colored series ended with Seong Gi-hun, played by Lee Jung-Jae, winning the competition. Although he won the money, he lost everything in his life. On his way to meet his daughter, the red-haired Korean man comes to the realization that this deadly game is not yet over. In the next seasons, he might threaten to end Squid Game forever, no matter what it takes.

Notably, while talking about season 2 with The Times, creator Hwang Dong-hyuk said, ‘while I was writing season 1, I thought about the theories that could be in season 2 if I get to do one- one would be the story of the Frontman.’ Played by Lee Byung-hun, Front Man is the previous mysterious winner of the game. There are many unanswered questions about the Front Man and the fact that he killed his own brother, which sets a perfect plot for the second season.

The creator also said that he is thinking to put more Korean police in limelight in seasons to follow. Seemingly, the police may work with the red-haired man to impose red light on the game for eternity. Moreover, the show may also fly from Korea and move to other countries to conduct the game and bag a fine amount of money.

To put it simply, Squid Game is open to many interpretations, and we will only get to know who’s playing what when season 2 makes its debut on Netflix.

Although Netflix officially confirmed season 2 after the massive success of the Korean drama, Squid Game; we do not have an official date or trailer. Guess it’s a long wait for all Squid Game fans.

So, while we wait for the new season to pop up, let us know in the comment section below what is your theory of Squid Game season 2.