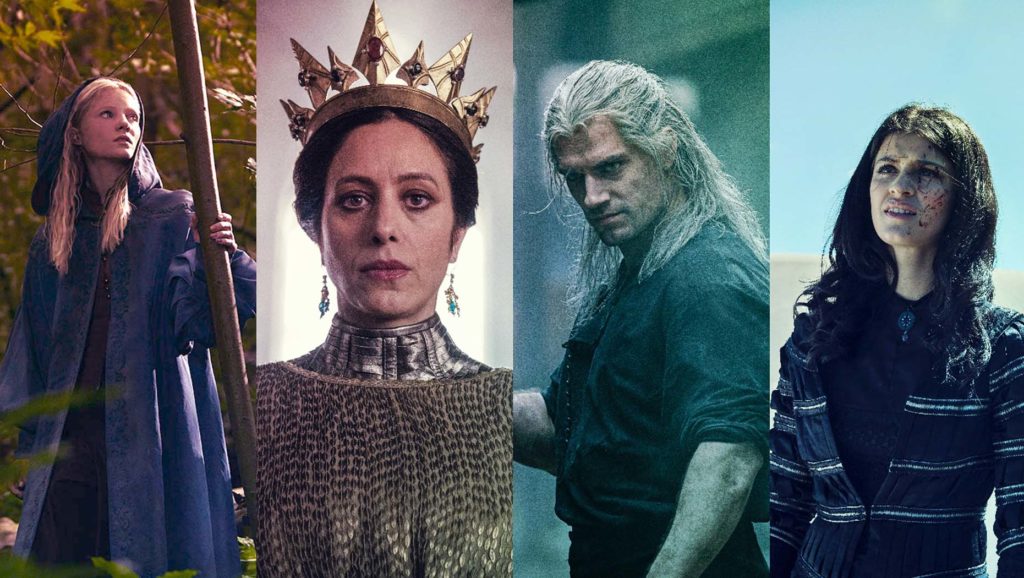 How do we define The Witcher in one word? The absolute answer is Henry Cavill. But that’s not all. From Geralt of Rivia, Cirilla, and Yennefer to Jaskier, Tissaia, and the great Queen of Calanthe, the cast of The Witcher has made such a profound impact that we nearly forget their real-world names. As we watch and re-watch this magnificent series, we develop this desire to open a portal to The Witcher world and slay demonic creatures. We also want to train with Yenna and Ciri for the threats to come.

Sadly, that is not possible, but watching these talented actors and actresses perform in other shows and movies is. So if you long to see more of The Witcher cast, here are some of their best works just for you.

A superhero studded movie, and sequel to Batman v Superman: Dawn of Justice, the movie will once again make you fall for Henry Cavill’s majestic biceps and selflessness. The movie follows Batman and Wonder Woman who are on a mission to stop Steppenwolf. Steppenwolf and his army of para-demons in a desire to transform earth into his Apokolips homeworld are on a hunt for the mother boxes. With superman aka Henry Cavill being dead for a year, our superhumans, things went amuck to say the least.

However, Henry Cavill’s spectacular entry in the climax turns things around. Other movies that prove Henry Cavill is one of his kind are Enola Holmes, Shazam, Man of Steel, and many more.

If you want to explore the lives and business of Renaissance Kings; The Tudors is something you should binge on. It revolves around the life of King Henry the VIII, who desperately needs a male heir. The king developed a bitter relationship with his first wife, as she could not fulfill his desire. Moreover, he has many female companions and falls in love with one of them. Anne Boleyn lures him to be his husband. What unfolds is truly worth watching.

Cavill is none other than the very handsome Charles Brandon, 1st duke of Suffolk. He is the personal favorite of Henry the VIII. He will probably be your favorite too when you see him play this role.

ALSO READ- The Witcher: Henry Cavill’s THIS Dialogue Will Be Relatable Post-Pandemic

Over the years, we have binged on many horror-thrillers portraying humans having frightening fracas with blood-sucking, life-threatening creatures. What makes The Descent movies special is that they are starring the most learned of all, Tissaia.

Ironically, MyAnna Buring is the least experienced medical student, Sam, on board in the film. If you are a big fan of such horrors, go on this horrendous expedition with the 6 women and find out if you could make it to the end. Some of her other shows and movies include In the Dark, Ripper Street, and The Twilight Saga.

The War of the Worlds

Earthians are in this constant attempt to habitat mars with our species. But have you ever wondered what may happen if the Martians did the same to us in vengeance? Possibly, there will be a war of the worlds! The three-part miniseries is the adaption of HG Wells’ novel of the same name. The sci-fi drama depicts the struggles of the two lead characters Amy and George, as they attempt to survive through the invasion of the Martians.

If you are wondering why this sci-fi made its way to this list, that’s because our beloved Cirilla, aka Freya Allan, and the very famous Jaskier, aka Joey Batey, together made an appearance here. Freya Allan plays the role of maid Mary while Joey Batey is Henderson from season 1.

If anyone teaches us the true meaning of being kind and having courage, it’s Ella from Cinderella. Most of us already know the famous story of a mysterious girl leaving her glass shoe behind for her prince. But what you may have not noticed in the classic 2005 Cinderella movie is Fringilla Vigo from The Witcher. Yes, Mimi Ndiweni played the role of the slipperlady in this movie.

Some of the other movies and shows that portray the virtuosity of Mimi Ndiweni are Star Wars: The Rise of Skywalkers, Black Earth Rising, and The Legend of Tarzan.

There are a lot more movies and shows starring The Witcher cast that you can watch while you wait for the next season to drop. Well the list won’t end. Unfortunately, we won’t cover it all. But do not forget to tell us in the comment section, which one of these movies and shows on Netflix and other OTTs you love the most!

The post Best Shows and Movies of ‘The Witcher’ Cast Members to Check Out appeared first on Netflix Junkie.