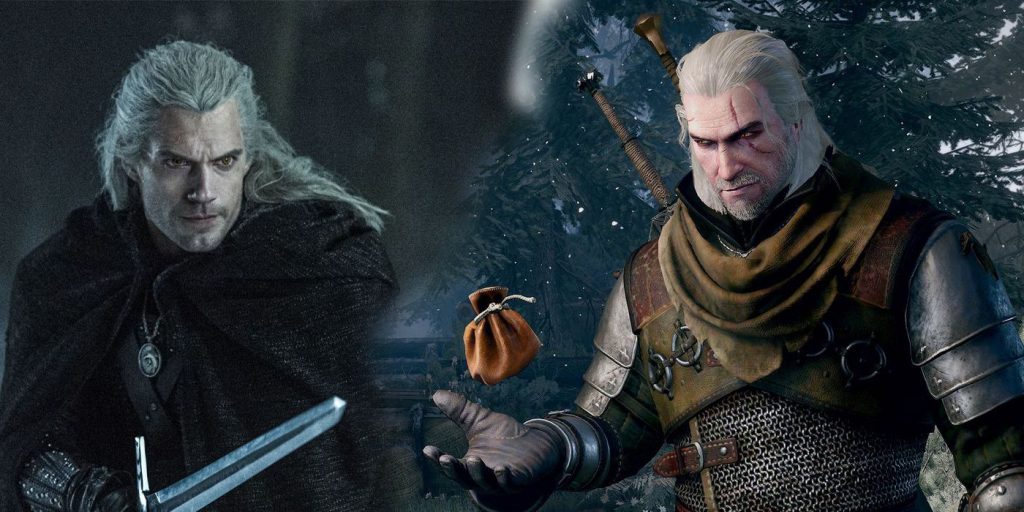 The Witcher‘s success has resulted in a large fanbase for the series. However, the series already had a fanbase from its books and games. And as the two new fanbases interacted, it gave rise to a debate: The Witcher show vs the game. This could be a tricky one to choose among, considering the margins that divide them are so small.

For now, The Witcher has got two seasons, and there are three games. The Witcher games were also an adaptation of the books like the show, but there are some inherent differences. So, let us look at these differences.

Geralt’s swords in The Witcher show vs the game

If you have played the games, you will remember Geralt having two swords with him at all times. However, Netflix deviates here but sticks to the original version of books. Henry Cavill’s Geralt carries only the steel sword, which he uses to fight humans.

The book also has it the same way, with Geralt keeping the silver sword used for killing monsters on Roach’s back. Carrying only the steel one makes sense, as Geralt is usually among people. This might be a minor detail, but hardcore fans won’t miss this.

Triss and Dandelion have changed

Since the series is an adaptation and not a recreation of the books, characters can change. While the characters in The Witcher show and the games are not completely different, there is a noticeable difference. Two characters who have different personalities than their game counterparts are Triss and Jaskier (Dandelion).

The showrunners changed Dandelion’s name to Jaskier, which is his actual name in Polish. As for Triss, the showrunners mellowed down the character a bit, which is not the case with the games. Both these characters play vital roles in Geralt’s life, so fans took their changes pretty seriously.

ALSO READ: When Will Season 3 of The Witcher Come Out? Netflix Release Date, Cast, Synopsis, and More

When it comes to matters of love, Geralt has more of a choice in the game. But, in the series Yennefer is the soul mate Geralt wishes for. This didn’t go down well with Triss supporters. The series already has enough material to exploit; thus, they don’t want to explore a love triangle.

Even if the showrunners want to introduce another love angle, they can always do that in the upcoming seasons. Thus, fans need to wait and watch The Witcher on Netflix to know for sure.

Thus, we can say that the differences in the game and the show are right in their own place. It is up to the viewers or players who want to accept change or continue with what they already like.

Let us know in the comments your thoughts on The Witcher show vs the game.

The post The Witcher Show vs The Witcher Game – Which Is Better? appeared first on Netflix Junkie.