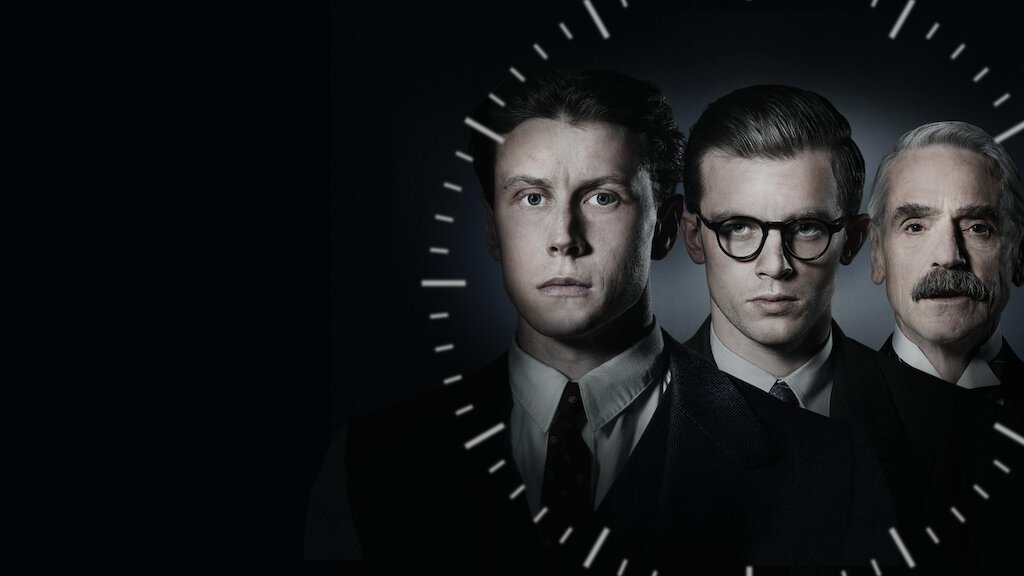 Your Guide to ‘Munich’ Streaming On Netflix- Reviews, Cast, Synopsis, Whether to Watch, And More

In the dark times, will there also be singing? Yes, there will be singing—about the dark times. There were times that preceded the famous Munich agreement. Adolf Hitler was all set to take over Sudetenland. War seemed imminent. The then British Prime Minister Neville Chamberlain thought he had brought peace with honor. However, buying some time to prepare for war was all he did.

There have been movies, docuseries, media reports, and whatnot depicting what preceded and followed such historical times. And now, there is yet another political thriller, Munich – The Edge of War, streaming on Netflix, brilliantly blended with its fictional counterparts. But should it be on your watch-list? You will surely figure it out towards the end of this read.

ALSO READ- ‘Fistful of Vengeance’ – More Than Revenge, a Fight To Save the World – Trailer Released, What To Expect?

What is brewing in the Munich of this spy-thriller?

Munich – The Edge of the War is based on the international bestseller novel, Munich, by Robert Harris. In the autumn of 1938, Europe stands on the brink of war with Adolf Hitler, who is preparing to invade Czechoslovakia. The desperate British Government sought a peace treaty but things took a different turn. We all are well aware of the aftermath of the Munich Agreement of 1938.

Even though the storyline is based on real historical events. it majorly revolves around two fictional characters: Hugh and Paul. While both were friends from their times at Oxford university, they serve different governments now. Hugh, a British civil servant, and Paul, a German diplomat, traveled to Munich for the emergency conference. As the negotiations began, the two old friends, find themselves in the center of some actual danger. With the entire world watching, can war be reverted? And if so, at what cost? Watch this movie with power-packed performances to find out.

The cast of Munich, Netflix

The 2021 German/British drama film, directed by Christian Schwochow, from a screenplay by Ben Power, has a spectacular cast-

Munich – The Edge of the World reviews

This political thriller, with startling performances, great dialogue delivery, and little flaws has bagged mixed reviews from the critics.

“A razor-sharp direction, some nuanced performances and an accurate representation of the era just before World War II makes this drama a gripping watch,” Reviews Entertainment times. “While ‘Munich – The Edge of War’ has everything going for it, a stupendous performance by Jeremy Irons in the role of British Prime Minister Neville Chamberlain alone makes this film a worthwhile watch. This film treads a difficult territory of moulding facts and fiction together and the end result is more than satisfying.”

Historical drama “Munich: The Edge of War” is the ultimate dad movie—in the best wayhttps://t.co/DuCWTTrTsU

According to The Hollywood Reporter, you can feel the internal struggle in the film adaptation of Robert Harris’ 2018 best-selling historical novel Munich. Thus, they review read:

On the one hand, Munich — The Edge of War is a straightforward historical drama that notably attempts to present a revisionist portrait of Chamberlain as desperately trying to prevent another calamitous world war rather than as a politically weak-willed appeaser. On the other hand, the story introduces fictional characters and elements that give it the air of a suspenser, exactly the sort for which Harris is so popular. The two elements don’t fully coalesce, resulting in a film that doesn’t quite know whether it wants to educate its audience or give it a thrill ride. It proves more interesting for the former elements than the latter, but it nonetheless delivers plenty of compelling moments along the way.

‘Munich: The Edge of War’ Review: George MacKay Strives to Prevent WWII in a Handsome But Muted Thriller https://t.co/58uOQGuc4V

Robert Harris’s WW2 thriller makes it to the big screen in MUNICH — THE EDGE OF WAR, the richly-adapted story of a British civil servant and German diplomat seeking peace in the fall of 1938. Opens today!

A gritty film about the time the world teetered on the edge of war as Hitler advanced on Czechoslovakia.@JulieVGottlieb, Professor with @unishefhistory, offers insight into the hearts and minds of those living through these times. pic.twitter.com/bWuD8DVvDl

What do think of this espionage film? Is it a yes or no to streaming? Let us know in the comments!

The post Your Guide to ‘Munich’ Streaming On Netflix- Reviews, Cast, Synopsis, Whether to Watch, And More appeared first on Netflix Junkie.